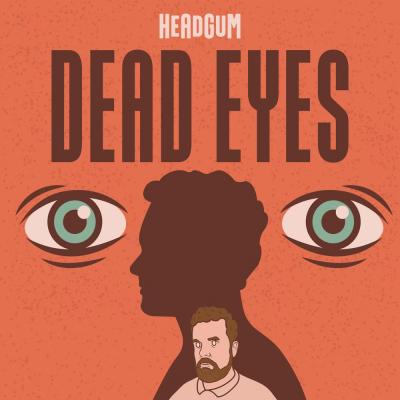 On paper, the pitch for the Dead Eyes podcast seems pretty niche and, to be honest, kind of absurd. Its origins begin in the year 2000 when a young twenty-something actor named Connor Ratliff was hired and then fired from the HBO miniseries Band of Brothers. The reason he was given? Tom Hanks, series producer and director of that particular episode, had allegedly said he had "dead eyes." Thus began a two decade journey as an understandably despondent Ratliff all but abandoned acting, worked at a bookstore for a decade, and then reinvented his career in the comedy world with New York City's improv group Upright Citizens Brigade.

In 2020, as a pandemic loomed, Ratliff decided to finally explore the question that had been haunting him for so long: why did Tom Hanks fire him? After three seasons and over 30 episodes unpacking this question on his podcast, Ratliff has created something both completely unique and universally relatable with Dead Eyes. What could easily have devolved into mean-spirited bitterness or self-indulgent self-deprecation instead contains profound conversations and thought-provoking meditations on rejection, disappointment, and adversity.

Conversations include people connected to Band of Brothers, but also others including Jon Hamm, Elijah Wood, Aparna Nancherla, Judd Apatow, Nikki Glaser, Tony Hale, and yes, for the final episode of Season 3, Tom Hanks himself in an unparalleled and quite moving conversation lasting nearly 90 minutes.

by Chris Lantinen2 hours ago