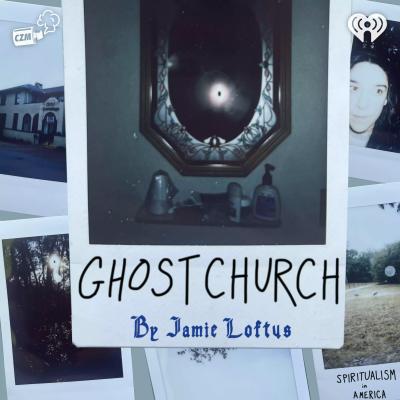 This nine-episode limited series by Jamie Loftus that concluded at the end of June is an in-depth examination of the American Spiritualist movement. You may know Loftus as a co-host of The Bechdel Cast with Caitlin Durante. In addition to this (and numerous other writing and acting credits), she has produced three other limited run podcasts for iHeartRadio: My Year in Mensa, Lolita Podcast, and Aack Cast (centering around the comics of Cathy Guisewite).

The American Spiritualist movement has its roots in Rochester, N.Y., with the Fox Sisters in the 1800s (who later confessed to their fraudulent nature). Loftus traces the beginnings of the movement but spends most of her time in the present, primarily in the town of Cassadaga, Fla., nicknamed the "Psychic Capital of the World."

Cassadaga itself may be understandably confusing considering the city of Cassadaga, N.Y., which lies directly south of the second-largest community of spiritualist mediums in the country, Lily Dale.

With light humor and a journalistic attitude, Loftus eases into the heavily-private community of Cassadaga. Approaching the matter with a relatively open mind, Loftus trades in any lingering skepticism for a series of enlightening interviews and impressive access to the often misunderstood world of mediumship.

Curious as to how a feud between Sir Arthur Conan Doyle and Harry Houdini broke out regarding ectoplasm? How about how American Spiritualism appropriated Indigenous culture? Loftus has the answers here in Ghost Church. – Nick Warren