When the realities of our prison system prove too grim, a little pop culture lightens its load. 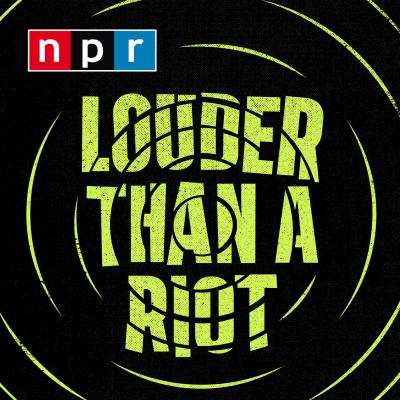 If you resist podcasts out of an aversion to meandering chatter, there's almost none of it in Louder Than a Riot. Instead, it's tightly woven around a clear thesis: the stories of mass incarceration and hip-hop (or "rhyme and punishment in America," as the series' tagline phrases it) are intimately connected — and worthy of real analysis.

This thesis allows for a great tonal balance. When the realities of our prison system prove too grim, a little pop culture lightens its load. When the mixtape genealogies get too insular, its scope expands and their social relevance becomes clear. Best of all, the stories are unexpected. Instead of Lil Wayne's arrest, you get DJ Drama's. Instead of Snoop Dogg's acquittal, you get Mac Phipps' still-ongoing sentence.

Its hosts provide a nice range of perspectives as well. Rodney Carmichael is old enough to remember the L.A. riots of 1992 (provoked by excessive force used in the videotaped arrest of Rodney King) and the West Coast gangsta rap that often soundtracked it. By contrast, Sidney Madden got her start at XXL in 2015, as the industry was intersecting with the movement for Black Lives — and arrived at NPR as it reckoned with the #MeToo movement in 2017.

If you consider music an essential mirror to the culture that produced it, this is the podcast for you.