Now back with more content, Jay Rastik is now taking a deep dive into the wave of podcasting with the Rastik Reloaded podcast. 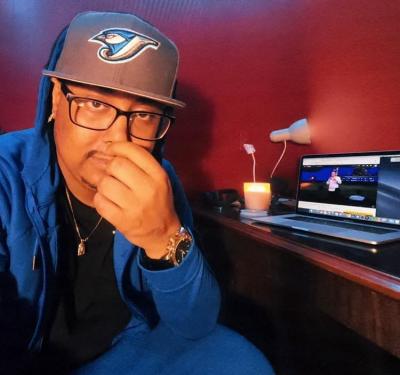 Local rapper/interviewer/radio host Jay Rastik has been in the mix of Erie's urban culture for years on end. With a stream of his own Youtube phenomenon "Rastik Reloaded" and his classic mid- to late-2000s "Street Bang Em" DVD series (a collection that was started with Inda Streets Records founder Maurice Holman), the hip-hop pupil hasn't pumped his brakes on getting the scoop on talent or documenting the current state of Erie's rap scene. Now back with more content, the journalist is now taking a deep dive into the wave of podcasting with the Rastik Reloaded podcast. The first episode kicked off in January of 2021 where Jay Rastik had a sitdown with Erie's own Drippy Clouds and producer Chauncey Bill$up that explored everything from mass appeal to maintaining positivity. In this episode, Rastik shows major interest in the world of being an artist and developing song structure while keeping the spotlight away from his own career. Let's not forget to add that receiving truth from his guests is a big part of the show's mission. "What people can expect from each episode is an honest open conversation, an extreme level of transparency," the vlogger says. "You will get the real side of every guest I have on the podcast." In the spirit of the late great Larry King, Rastik's podcast will take you where you need to go with his guests and further.