by Nick Warren
View ProfileTwitterInstagramRSS Feed
December 14, 2021 at 10:30 AM 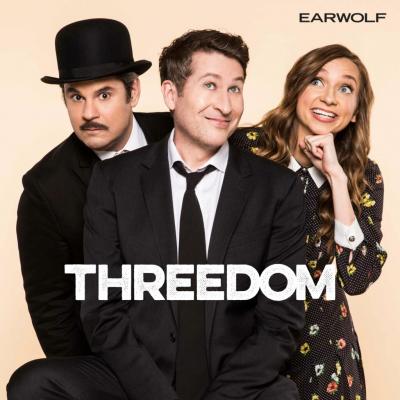 I have to admit, I initially scoffed at the idea of Threedom. The concept (or lack thereof) seemed almost too self-indulgent. Three comedians, who are constantly podcasting, host a freeform show where they basically just talk to each other about … whatever. The thing is, not everyone is capable of doing this (and there's still some format with the final new "threeture" improv game that closes every show) . Not only are hosts Scott Aukerman, Lauren Lapkus, and Paul F. Tompkins on-mic virtuosos, but they know each other extremely well, and have a natural repartee.

The result is at the very least equal to the lofty sum of its parts. It's addicting and refreshing. You'll want to start from the beginning back in March of 2018 (oh what simpler times!). After finally taking a listen to an episode after years of hearing about it, that's exactly what I did, and I've loved every minute of it. The Threedom boys in fact just recently came back from a nine-week hiatus, while Lapkus had her baby, so now's the perfect time to jump in.

Think of Threedom like The Grateful Dead of podcasts. It's not for everyone, but for its many fans, it's exactly what they need. It's a well-oiled machine of improvisation that's both exhilarating and comforting at the same time. — Nick Warren