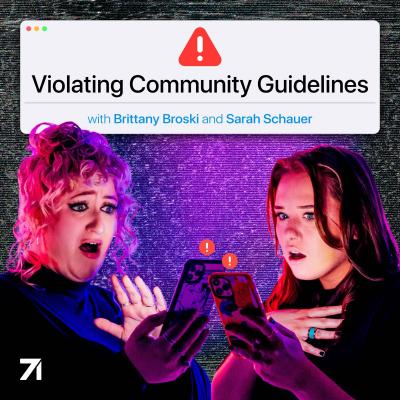 Debuting in January of 2022, Violating Community Guidelines was nearly perfect from the start. Hosted by real-life roommates and internet celebrities Sarah Schauer and Brittany Broski, it's a gassy, and exquisitely hilarious time. You might not know Broski by name, but you definitely know her from the "kombucha girl" meme. Similarly, Schauer was a giant star on Vine before its decimation, but has found equally viral success on TikTok and Twitter.

They're just about the funniest people on the internet, and boy howdy do they know the internet.

Violating Community Guidelines delves into weird corners of the web, from Facebook Marketplace, to Bronies, to furries and ASMR. Count the burps (mostly by Brittany) as the two, sometimes frantically, try to explain such odd internet phenomena.

Broski and Schauer's results are addicting and immensely bingeable. If you aren't already following the two on social media, you certainly will be afterwards because you simply want more of them in your life. Thankfully, there's no shortage of online weirdness to be had. — Nick Warren