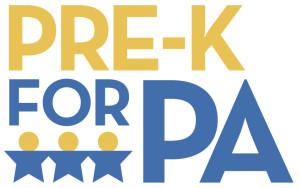 There's a great old song with the lyrics, "I believe the children are our future/ teach them well and let them lead the way," but judging from the way Pennsylvania treats those children, we may be in serious trouble if something doesn't change.

Shockingly, 70 percent of 3- and 4-year olds in Pennsylvania lack access to quality pre-k programs – an inconvenient fact often lost amongst the din of the whole "educated workforce" mantra chanted by many community leaders, economists, and politicians.

And as long as we're on the subject of inconvenient facts, here's a few more: by the age of 5, a child's brain is almost fully developed, and studies show that children who attend pre-k programs before that time are more likely to succeed academically and socially.

But luckily for us – and those toddlers – there's a group working to correct this egregious oversight. Pre-k for PA is a statewide campaign designed to advocate for expanded access to early learning opportunities for all 3- and 4-year olds in the commonwealth, and according to a recent press release, their goal is looking more and more inevitable – recent polling suggests a surge in support.

Accordingly, pre-k for PA invites you to find out what the hubbub's all about from 4:30 to 7:30 p.m. on Wednesday, Oct. 29 at Gigliotti's Italian restaurant. Free food and beverages will be available, and a special performance by Eric Brewer and Lindsay Vendetti will also take place.

So if you believe the children are our future and you support access to quality pre-k programs for the almost 4,300 children in Erie County alone who currently lack it, you know where to be.

​Gigliotti's is located at 1325 State Street in Erie. For more information on pre-k for PA, visit www.prekforpa.org.