Prog Forces Reawaken at the Rook

There'll be a heartwarming around-the-holidays reunion at the King's Rook Club. 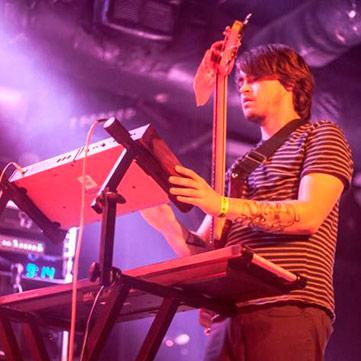 There'll be a heartwarming around-the-holidays reunion — plus a sweet sonic revival, and an Erie all-stars' public reveal of sorts, too — come mid-January at the King's Rook Club.

On Friday, Jan. 12, club members are invited to a first-(and-second)-time-ever get-down with two jamtastic supergroups — Cauliflower Ninja and the Paulsabilities — for FREE.

Headliner Cauliflower Ninja is comprised (as those in the know may have already guessed, or at least suspected) of current and former members of Cleveland-based prog-jam powerhouse Broccoli Samurai. Cauliflower Ninja is a just-for-kicks reformation of the band's 2013-14 era lineup, which Broccoli fans will agree (and newcomers will see) was one helluva tasty period for one of the region's favorite live performing acts.

And ah, the Paulsabilities: Performing live on a public stage for only the second time ever, they're an all-star collection of some of Erie's finest live musicians, led by renowned local guitarist Paul Schillinger (Shotgun Jubilee) and joined by Sule Tahirovic, Justin Tapper and Chris Head of The LEC, and Joe Cieslack (Eric Brewer & Friends). Whoa.

With all that, there's surely bound to be some real-deal sound-sorcery kickin' about.

And did we mention it's free?