Michael Vitez is set to talk this week on the power of effective storytelling. 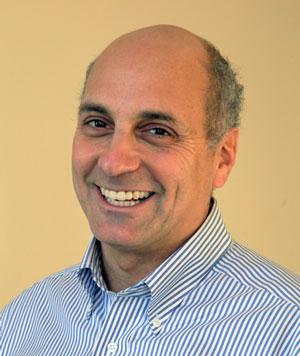 Around 20 years ago, he explored, developed, and reported the narratives, each unique, of five people approaching the ends of their lives, producing a powerful, in-depth series called "Final Choices" for The Philadelphia Inquirer.

That work won Vitez the 1997 Pulitzer Prize for Explanatory Journalism, and touched many people with its very human, very real stories of choices faced and decisions made, as well as its examination of cultural shifts in America regarding the processes of dying and death.

He's also published two books: One, the result of a year spent at the steps of the Philadelphia Museum of Art interviewing folks from around the world who traveled to that site just to run its steps like Sylvester Stallone so famously did in the classic Academy Award-winning film Rocky; the other, the miraculous story of a triathlete who survived a near-fatal bicycling accident while training in Virginia.

He's written plenty of other human interest stories over the course of three decades, and he's always done it well.

Aspiring young journalists from around the region had the opportunity to learn from Vitez when he previously spoke at Edinboro University of Pennsylvania's annual High School Journalism Day, and, this week, others will have the same opportunity when he returns to EUP to speak at 7 p.m. on Thursday, April 7.

"Mr. Vitez is a former Journalism Day luncheon speaker, and we are bringing him back to help celebrate the [10th] anniversary of this great high school outreach event by giving an evening talk that is aimed at college students and members of the community who are interested in learning how effective storytelling can cut through the clutter of our digital age to stir people's emotions and motivate them to change their own lives," Dr. Tony Peyronel, chairperson of the EUP Department of Journalism and Public Relations, said in a recent news release.