This year marks the third annual installment of "Purple Jam." Seven bands, with six or seven members each, will be playing you some supremely original music. 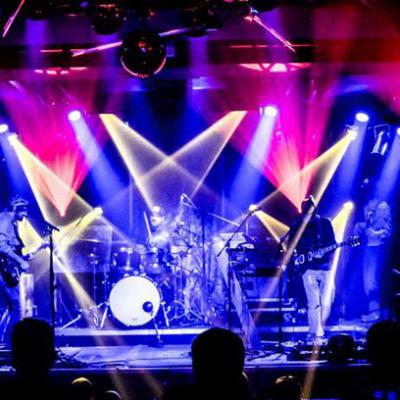 What do you get when you take 46 musicians and divvy them up into seven bands?

Seven bands, with six or seven members each, will be playing you some supremely original music.

Each band has at least two guitarists, a bass player, a percussionist, and a vocalist. Some of them even have a violist or a theremin player. Either way, they've been tasked to create a full set of original music. Their results are always entertaining, as well as unexpected.

This year marks the third annual installment of "Purple Jam." The Event grew out of local experiments called "barrage bands."

This year marks the third annual installment of "Purple Jam." The Event grew out of local experiments called "barrage bands." Originally piloted by Martin Wolper and taking place at the Beer Mug (and later the Crooked i), the tradition gradually took on a life of its own. This is the third year it's been hosted by the King's Rook Club, with a new identity honoring a fallen musical comrade. In 2015, Kurt Sahlmann, a lifelong champion of creative collaboration, passed away. In addition to his numerous successful film and music projects, Sahlmann was always a joyful proponent of the "barrage band" movements. Taking its cue from the eponymous color of Sahlmann's last band, Kurt's Purples, the tradition began anew.

On Thursday, June 2, dozens of musicians convened at the King's Rook Club. There, they filled out their name, contact information, and instrument of choice onto a slip of paper. Local musician Adam Holquist (who plays keyboards in the LEC, and creates experimental soundscapes under the name onewayness), sorted them out and made sure each band was properly balanced.

They went out amongst themselves and quickly booked practice sessions. To see what they came up with, make sure you're there that night. One other thing about these "Purple Jam" bands: they're one night only.

Band lineups (subject to change), in order of appearance: