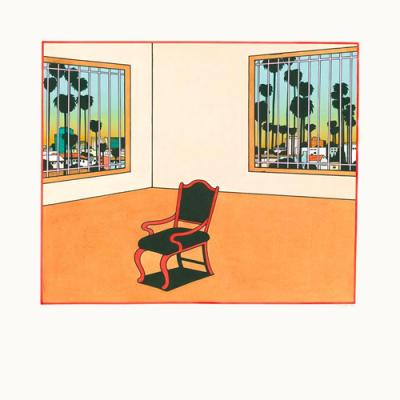 A lot of good music came out this month. Releases are in full swing again. There was Thao and the Get Down Stay Down's impressive new one, A Man Alive. M. Ward's More Rain was quite pleasant, albeit forgettable. The unfairly maligned Surface Noise by Jennifer O'Connor captured me instantly. My personal favorite this month, though, was from Quilt. Plaza is their third album. I hadn't heard about the band prior to this. It's easily loveable music. Stylistically, it's comparable to a hifi version of Elephant Six alumni Olivia Tremor Control or The Circulatory System. There are still plenty of psychedelic swirlings and plenty of anglophile affectations for a Boston band. The singing is shared by guitarists Anna Fox Rochinski and Shane Butler. Rochinski's vocals in particular have a hushed appeal that suits the mix perfectly. Butler's have that charming British-Invasion lilt similar to their producer's band (Jarvis Taveniere of Woods). An unexpected highlight comes with new bassist, Keven Lareau. His melodic lines are a welcome addition compared to their previous efforts. Plaza blends all these elements into an ideal package with its own distinct sound. – Nick Warren