by Nick Warren
View ProfileTwitterInstagramRSS Feed
April 12, 2017 at 10:45 AM 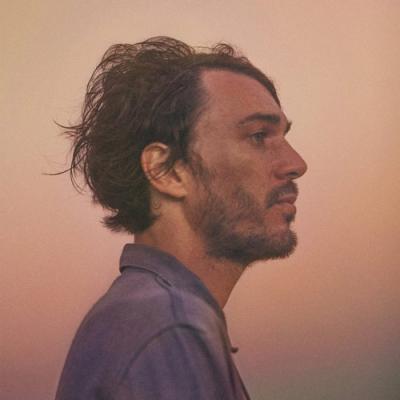 Richard Edwards' first solo album is a lusciously beautiful work full of pain and redemption. The former frontman of Margot & the Nuclear So and So's, Edwards was diagnosed with a Clostridium difficile infection, the devastating stomach disease known as C. diff. Causing the singer to abandon his previous band, the disease left Edwards scarred yet standing. To make matters heartbreakingly worse, last year has also seen the dissolution of his marriage. Without the context and on a purely superficial level, Lemon Cotton Candy Sunset simply sounds like a gorgeous work of acoustic-leaning indie rock. The album begins with a swell, not unlike an orchestra tuning up before transitioning to the melodic, glowing shimmer of "Lil Dead Eye-d," gradually adding more and more instrumentation. Tracks such as "Disappeared Planets" and "Rollin', Rollin', Rollin'" stand out as early favorites in the latter half of the record. Served with a softer hand than many of Margot's tracks, the sound is perfect for fans of The War on Drugs, Phosphorescent, or Cass McCombs. It's softly cooed notes amidst a rich atmosphere. Lyrically, it offers a welcome depth and insight, similar to Edwards' previous works.