It might be a little early to call, but Talk Tight needs to be your album of the summer.

by Nick Warren
View ProfileTwitterInstagramRSS Feed
April 13, 2016 at 11:45 AM 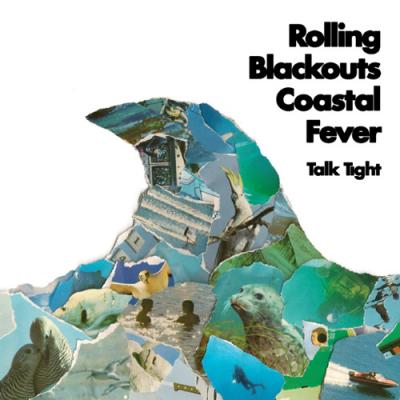 It might be a little early to call, but Talk Tight needs to be your album of the summer. Rolling Blackouts Coastal Fever is a five-piece band from Melbourne, Australia. While Oceania's summer may be already in the books, ours is just gearing up. This record exists in a strange grey area between EP and LP, finishing slightly shy of half an hour but in just seven tracks. Designation notwithstanding, it's a wonderful debut. This is an endlessly fun record. The guitars take center stage, with a surfy twang. There's a tinge of punk rock mixed into the garage sound to kick things up a notch. It's paced quickly, but not frantically. The rhythm section bangs out an always danceable, head-bobbing backdrop. The songs give you welcome earworms, too. I must have had "Wide Eyes" in my head for an entire week, and it put me in the best mood. "Write Back" is another highlight, and every track is worth multiple listens. So whether you're looking for that perfect beach cookout soundtrack, or just want a half-hour headphone-getaway, look no further. – Nick Warren