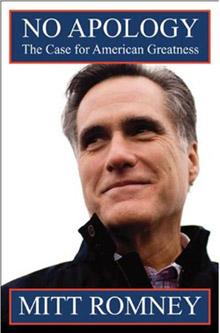 In a recent interview, presidential hopeful Mitt Romney called the Massachusetts health care policy passed during his gubernatorial stint over that state -- and which was mirrored in the recent health care bill passed by Congress -- "fundamentally conservative."

Naturally, conservative bloggers repulsed by Romney's suspect political history -- he was, at one time, pro-choice, among other heretical stances -- were all over this comment. Many think the health care reform is socialistic or whatever slur-du-jour they employ, in large part because of the individual mandate forcing consumers to purchase insurance or be fined by the federal government.

Second, the individual mandate -- forcing people to buy a product -- is a fundamentally conservative idea:

In 2008, then presidential candidate Barack Obama was opposed to the individual mandate.

Heck, if you go back and read those Heritage Foundation documents -- from a very conservative think tank -- you'll see the basic principles at the heart of the recent health care bill: An individual mandate. Subsidies for low-income people to purchase insurance. An opening of the health-care market to foster competition.

That's pretty much the health-care bill.

And that's pretty much why the health-care bill is deeply flawed and won't fix the big problem of health care: rising costs. Basically it bribes the private insurers into taking care of our sick by dumping taxpayer money into the industry and forcing the young and healthy into the market. There are no cost controls. There are no employer mandates or public insurance options. There's no implementation of fee structures, no challenge to privately-run medical groups practice of fee-for-service charges, no end to the inherent and costly belief in moral hazard in medicine.

"Fundamentally conservative" sounds right to me.