Ryley Walker // Golden Sings That Have Been Sung

At his best, he's one of the best indie folk artists working today.

by Nick Warren
View ProfileTwitterInstagramRSS Feed
August 31, 2016 at 9:00 AM 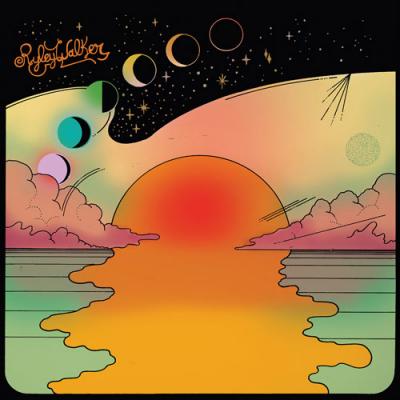 Golden Sings That Have Been Sung

Ryley Walker is a subtle artist. His folk compositions harken back to an undiscovered corner of the early 1970s. Golden Sings That Have Been Sung harnesses dark, powerful feelings with a poetic presentation. His third album, Golden Sings comes hot off the trails of last year's Primrose Green, one of the strongest releases of 2015. Walker's work is purposefully meditative, like a slowly burning stick of incense in a dimly lit college apartment. The album begins strongly with "The Halfwit in Me," calling upon clarinet coos and country twangs alike. The fingerstyle guitar work lingers, swirling and hypnotic. Another album highlight comes in "Sullen Mind," whose string bass backing dynamically thunders through almost chaotic guitar flourishes as the singer rues his "Christian education." Lyrics speak of barrooms and religious themes, a slurred account of a pious past. At worst, he's a lethargic Van Morrison (Walker also happens to physically resemble the singer circa Astral Weeks), with sections of the album becoming quickly forgettable. At his best, he's one of the best indie folk artists working today. – Nick Warren