by Alex Bieler
View ProfileFacebookTwitterInstagramGoogle+RSS Feed
April 16, 2014 at 12:12 AM 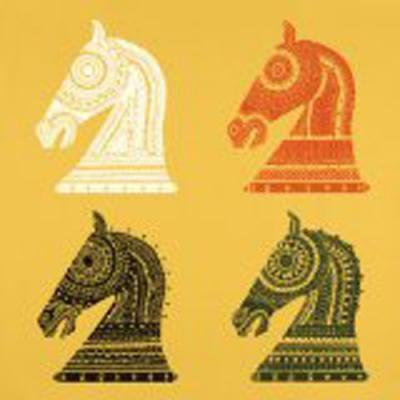 Over the past couple of years, folk music has experienced a boom in overall popularity, partly in thanks to the mainstream success of Mumford & Sons and other banjo-based acts. This came with a price, however, as the overexposure to folk has left a bitter taste in the mouths of those that saw one too many groups take on the Appalachian tradition. Luckily for us, Saintseneca isn't your usual folk band. The Columbus, Ohio quartet show an impressive range on Dark Arc ranging from fragile harmonies to boisterous stompers that feel as big as singer-songwriter Zac Little's fantastic mustache. Dark Arc's tracks twist and turn along with Little's lyrics, sucking listeners in with lines like, "I was always fine with the notion/ that I was drenched in some spirit ocean/ and all my visions are merely the symptom of eyes open so wide" on the wonderfully rousing "Visions," one of many tracks that should help many a listener forget about their folk fatigue.