Fans of the Kansas City Royals and San Francisco Giants start boycotting different bands during the World Series because, well, why not? 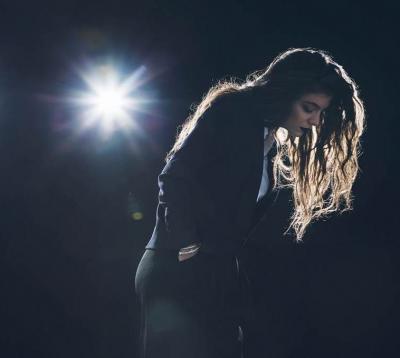 After roughly seven months of baseball, Major League Baseball is finally down to just two teams left in the quest for World Series glory - the San Francisco Giants and the Kansas City Royals. Of course, that now means that people from both cities must start doing odd things in a show of support against their newfound rivals. It's a pretty standard tradition in sports, and for two radio stations in San Francsisco, it means banning Lorde's song "Royals" for the duration of the World Series.

KFOG and KOIT will both refrain from the the Lorde hit song as a show of support for Giants, as the song "Royals" shares more in common with Kansas City's baseball team than just a name. Lorde was actually inspired to write the song after seeing a picture of past Royals slugger George Brett - a man who played for Kansas City the last time the team was, well, good - signing baseballs for fans, so KFOG and KOIT have decided to ally against to against the New Zealand singer.

Of Course, Kansas City won't take such an affront without dishing out some minor displays of fandom of their own. Amusingly enough, San Francisco's KOIT has a sister station in Kansas City with KZPT, who decided to play "Royals" every hour on the the hour from 7 a.m. to 7 p.m. on the first day of the World Series. Also, some fans have taken to removing songs by the wonderful They Might Be Giants, since there isn't a song called "Giants" that big' enough to ban on radio to make a statement (Sorry, Bear Hands). Even TMBG seems to support this decision, retweeting one of the acts of San Francisco support, because baseball.

Sorry @tmbg, I have removed all your music from my computer until the #WorldSeries is over. They Might Be @SFGiants, but we're @Royals.

Who knows what's next in the battle of San Francisco vs. Kansas City. Perhaps Kansas City native Eddie Griffin will take on San Francisco fan Rob Schneider in a cage match, or something odd like that. That, or you can just watch the World Series itself. Your call.