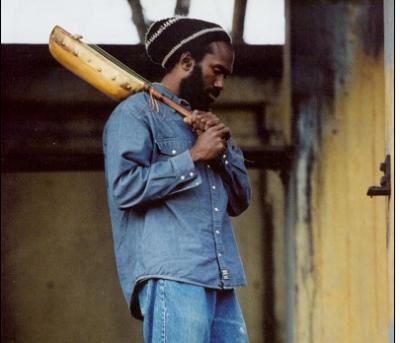 One never knows what Grammy nominee and multi-instrumentalist singer/songwriter/guitarist Corey Harris has up his sleeve – one minute, he evokes the ghosts of Charlie Patton and Sleepy John Estes, and the next, Ali Farka Toure and Fela Kuti. He's a cultural chameleon who walks in many worlds, from the delta to the Dakar, and accordingly, he'll bring his Rasta Blues Experience to Frontier Park on Saturday. I caught up with him recently to discuss the roots of black music, the future of the blues, and being a member of the "Cory" club.

Cory Vaillancourt: My name is Cory too, which you don't see a lot of; and when you're a little kid, all you want to do is blend in sometimes. Did you ever wish your name was something like Mike, John, Andy, or Harold?

Corey Harris: Not really. I like the name. I find there are more Coreys in the south than the north, but I always kinda liked it.

CV: Speaking of blending in, your various styles – from acoustic and electric blues to reggae and African folk – really stand out despite being closely related.

CH: Yes, well, they're all on the tree of black music, and the root of that is in Africa. The blues is a foundation or the trunk, and all the branches – like reggae and R & B and soul and hip-hop and funk and zydeco, all those come from the same tree. They're not so much different styles, but a family that is related.

CV: Who are you listening to right now?

We're gonna give them a lot of blues, and some different flavors wrapped up inside it.
- Corey Harris

CH: Lately I've been listening to this singer from Jamaica named Jah 9. She's a young woman; you should look her up online.

CV: I will, thanks. Reggae aside, who do you think represents the next generation of great blues players?

CH: Marquise Knox. Definitely Marquise Knox. Jerron Paxton is a great acoustic player too. Between the two of them, that's the future, in my opinion.

CV: I know you've been to Erie before, but a lot of people here are unfamiliar with your work. What can they expect from your performance here?

CH: We're gonna give them a lot of blues, and some different flavors wrapped up inside it. We're going to do some electric and some acoustic, too.