Steve Scull will serve as moderator for the Erie Mayoral Debate on Thursday, May 4. 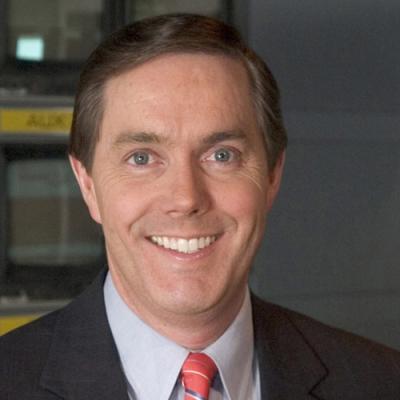 UPDATE: The debate is currently at capacity, but the evening will be livestreamed at wqln.org and on facebook with WQLN Public Media.

"The City of Erie is at an economic crossroads," Steve Scully explained. "And the decision voters make this year will determine which direction the community wants to take."

Scully, the senior executive producer and political editor for C-SPAN, will serve as moderator for the Erie Mayoral Debate on Thursday, May 4 at the Jefferson Educational Society. An Erie native, Scully got his start as a reporter at WSEE before arriving at C-SPAN in 1990. Throughout his venerable career, he has been widely praised for his evenhandedness and impartiality. John Oliver of This Week Tonight has even paid tribute to Scully on occasion, airing multiple supercuts of the host's amazingly fair-tempered reactions, dubbing him "the most patient man on television." A world-class political referee, Scully was even tapped to be the backup moderator for all five presidential debates in 2016.

With nine mayoral candidates taking the stage, that patience will surely come in handy. As the May 16 primary approaches, candidates are nearing the home stretch. The evening will be split into two sections, the former for the seven Democratic candidates (Lisa Austin, Jay Breneman, Almi Clerkin, Steve Franklin, Rubye Jenkins-Husband, Bob Merski, and Joe Schember), and the latter for the two Republicans (John Persinger and Jon Whaley). There is a one-hour intermission scheduled following the Democratic candidates.

"I am looking forward to returning to the hometown I love, in order to moderate a debate where voters can determine who is the best person to lead the city and the region."

Members of the community are encouraged to submit their questions to contact@eriereader.com with the subject "debate question" ahead of time. Early attendees will also be able to ability to write-in questions before the event begins. Scully will select the questions, and each candidate will have one minute to respond. There will be no opening statements, but each candidate will have 30 seconds for closing remarks. To encourage equitable time for each candidate, volunteers will serve as timekeepers.

The debate is a coordinated effort on the part of the Jefferson Educational Society, WQLN, and the Erie Reader. WQLN will livestream the event online. The event is free, but attendees must register online at jeserie.org.

Scully warmly anticipates the event, admitting that "I am looking forward to returning to the hometown I love, in order to moderate a debate where voters can determine who is the best person to lead the city and the region. Running for office is the ultimate job interview, and my goal is to ask the questions voters are asking. I'm looking forward to it." – Nick Warren