Erie SeaWolves GM Greg Coleman chose an interesting way to cope with his son's autism diagnosis. He ran. A lot.

by Jay Stevens
View ProfileFacebookTwitterGoogle+RSS Feed
June 25, 2013 at 6:42 AM 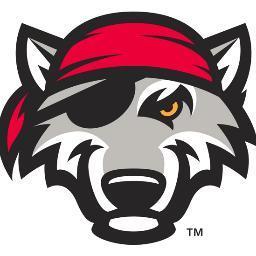 As a teaser for tomorrow's Erie Reader cover story on the city's double-A baseball team, the SeaWolves, I thought I'd share an interesting part from a two-and-a-half hour interview with SeaWolves team president and general manager, Greg Coleman, that didn't make the print story.

Greg Coleman's son, Kevin, was diagnosed with autism at age three. During our interview Coleman explained the process of discovering his son's autism – his son was falling behind in his verbal development – the challenges his son faces, the difficulty of navigating school and treatment.

Since the diagnosis Coleman has become involved in the autism community, serving on the board of the Princeton Child Development Institute and raising money for various autism groups. He's also instituted a "sensory friendly" day at Jerry Uht Park, a day that the sound system is turned down, the on-field between-innings entertainment is "ratcheted down," as he put it, and a suite is reserved for families with autistic children to have a quiet spot to recover from the stimulus of the game.

"Just because I have a connection to autism," he said, explaining the choice to build a game around the condition, "doesn't mean we wouldn't do something similar for other folks. It just happens to be that I'm a little bit more immersed in that particular area, so we got to that one first.

"It was a club no one intended to join, but we're members. And I guess we're going to try to be the finest members we can."

But perhaps the best part of our talk about his son and his family's experience with autism was how Coleman chose to cope with the diagnosis. He ran. A lot.

When the whole thing happened, there's the whole shock and awe portion . What do we do? What do we know? Where do we go? My wife's read – I don't know – a hundred books on the subject. She has immersed herself in it.

I took a slightly different path to it. I ended up turning it into something that was team oriented, public oriented....I was just trying to figure out how to go from being a dad, to being a dad who has a son with autism – in the midst of a baseball season....What I ended up doing in Trenton – I coincidentally happened to be running, preparing for a triathlon, which I had never done before.

And I just came up with a crazy idea.

I was looking for a promotional idea. And then it spawned into a community idea. I said, I wondered if anybody has run around the bases and joined the 500 home run club in one day? Has anyone ever done that?...

One of the interns in the office – I mentioned this idea – he just egged me on. He's like, 'You have to do that. If you do that, we'll collect a donation for each lap around the bases.' He said, 'Here's my money! I'm in! These other people, they're in!'

So I went over to our GM and said, 'I have this idea. I don't know what you think of it. Basic premise, we take a day the team's not playing and run around the bases 500 times, we collect pledges for charity for an autism organization.'

This happened in late August. Our team's going to the playoffs. I'm coming at it, I'm not thinking, oh this is a charity thing, I'm thinking, how do I put more people in the ballpark for the playoffs? Then it turns into, everybody's going to be talking about us going in the playoffs, and we're going to be able to do something for a good cause. It just turned into that.

We ended up doing this event on that particular day. It raised over $11,000 for, Autism New Jersey. I was on national radio shows. I was on a radio show in Canada. They ran something about it in the New York Times....

It got a lot of publicity.

It was a great PR thing for the team, and it turned out to be a coping mechanism for me.

Five hundred laps around the bases on a standard-sized field (at 90 feet between each base, or 360 feet for a full circuit) adds up to just over 34 miles.