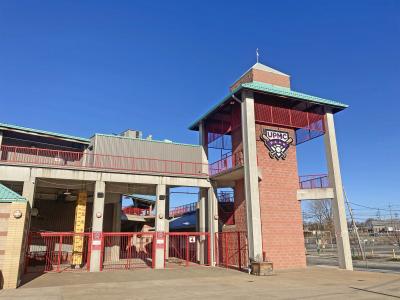 Erie SeaWolves fans hoping for a howl of a good time last year were instead left howling at the moon, as the 2020 season never left the dugout due to COVID-19.

This year, however, the good guys are dusting off their cleats in anticipation of a full 120-game schedule (60 home, 60 away).  On Tuesday, May 4, the 'Wolves will travel to Reading's FirstEnergy Stadium to take on the Fightin Phils for their 2021 Double-A Northeast season opener. A week later, they will return home to UPMC Park to host the Akron RubberDucks on Tuesday, May 11 at 6:05 p.m. Both series, as well as all series in 2021, will be six games long — Tuesday through Sunday, with a standardized Monday off day in between.

The new scheduling format is designed to significantly reduce team travel and reduce the strain on personnel health and budgets. Fans will be allowed to attend games, although capacity limits and physical distancing requirements have yet to be solidified —  both of those things will ultimately be based on policies set by state and local authorities. The SeaWolves highly recommend putting a $50 downpayment on a 2021 ticket package (ranging from eight to 60 games) to ensure you'll be first in line to a park that has received a bevy of upgrades since last hosting a game.

The other major changeup you may have noticed is the reorganization of the Minor League system. The Double-A Northeast replaces the former Eastern League and includes most of the same teams, with the exception of the Somerset Patriots, a transplant from the independent Atlantic League of Professional Baseball who have taken the place of the Trenton Thunder as the New York Yankees' Double-A affiliate. The league is divided into two divisions with six teams in each.

The other two leagues at the AA level, the Southern League and Texas League, have been rechristened Double-A South and Double-A Central, respectively.

Check in at seawolves.com for updates on promotional dates and attendance policies.

Matt Swanseger (mswanseger@eriereader.com), who splits his work schedule between the Reader and Epic Web Studios at Ninth and French, is over the moon that baseball is back — and that the construction at UPMC Park (in Epic's backyard) is over.