A New York federal judge deals a blow for the 99% and for a fair and free market. 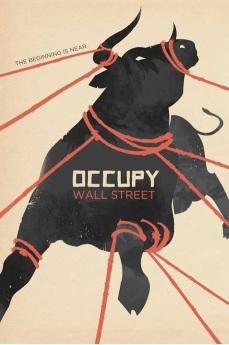 Maybe you saw, maybe you didn't, but New York federal judge Jed Rakoff threw out a settlement between the SEC and Citigroup in a ruling that makes a 99-percenter's heart trill. Here's why.

For starters, the way the SEC and Wall Street has done business for years is when a financial company was involved in fraud or other illegal activities, the SEC levies a fine against the company in return for not detailing the infractions and allowing the company not to admit to wrongdoing.

In short, such a deal essentially shields the Wall Street firm from civil litigation. That is, the poor suckers the firm swindled are left holding the bag. Matt Taibbi:

The Rakoff ruling shines a light on the way these crappy settlements have evolved into a kind of cheap payoff system, in which crimes may be committed over and over again, and the SEC's only role is to take a bribe each time the offenders slip up and get caught.

If you never have to worry about serious punishments, or court findings of criminal guilt (which would leave you exposed to crippling lawsuits), then there's simply no incentive to stop committing fraud. These SEC settlements simply become part of the cost of doing business...

But you've got to read the ruling itself. It's awesome. It's an indictment of Wall Street and the government agency that protects it. Rakoff calls Citigroup a "recidivist," calls the fine levied against them "pocket change," and notes that the settlement leaves the "defrauded investors substantially short-changed." But the judge's harshest words were saved for the settlement's suppressing of the facts of the case from the public -- and the SEC's argument that the "public interest" should have no bearing on the settlement:

Finally, in any case like this that touches on the transparency of financial markets whose gyrations have so depressed our economy and debilitated our lives, there is an overriding public interest in knowing the truth. In much of the world, propaganda reigns, and truth is confined to secretive, fearful whispers. Even in our nation, apologists for suppressing or obscuring the truth may always be found. But the S.E.C., of all agencies, has a duty, inherent in its statutory mission, to see that the truth emerges; and if it fails to do so, this Court must not, in the name of deference or convenience, grant judicial enforcement to the agency's contrivances.

These kinds of settlements have allowed Wall Street to cheat, steal, and lie to enrich itself at the expense of the rest of us -- and, recently, at the cost of the economy -- without any real repercussion. Hopefully, the Rakoff decision will force the SEC to bring to light the depradations of the industry, and open the industry to civil litigation for its wrongdoing.

Still, these kinds of settlements are just one of Wall Street's innumerable sweetheart deals with the government. And who are we kidding? Do you think the government and their Wall Street masters will let this ruling ruin the good thing they have together?