Electric Looneyland is a hidden gem.

by Nick Warren
View ProfileTwitterInstagramRSS Feed
January 3, 2018 at 10:15 AM 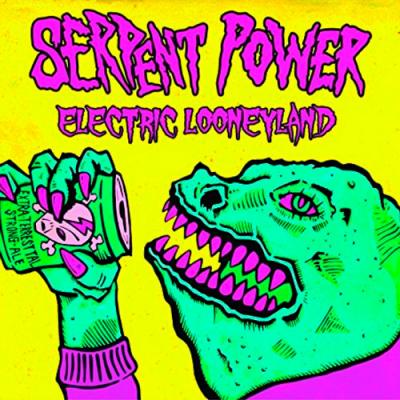 Here's a little secret that music critics have become well-aware of: nothing really comes out between the middle of December and the middle of January. Sure, there might be the occasional outlier, a Run the Jewels 3 (released last Christmas Eve), or a Blackstar (released on January 8, two days before David Bowie's death). Much like Oscar season has done for film, album release schedules have grown in bonsai fashion around the popularity of "Album of the Year" lists. This leaves critics large and small at a relative loss. The upside is sometimes your search for the right record to discuss leads you to a gem like Electric Looneyland. A glance at its savagely neon cover, and it's easy to imagine thousands people getting the wrong impression, despite its tongue-in-cheek nature. The band (not to be confused with the similarly named '60s San Francisco septet, or the Kundalini yoga book) consists of duo Ian Skelly and Paul Molloy, of the Coral and the Zutons respectively. Each track is fuzzy, garage rock delight. The hypnotic, psychedelic riffs swirl around each track, never losing steam for all of the record's quickly-passing 34 minutes.