Signals Midwest // At This Age

This is the fourth album for Cleveland punk quartet Signals Midwest, and it might be their best yet. 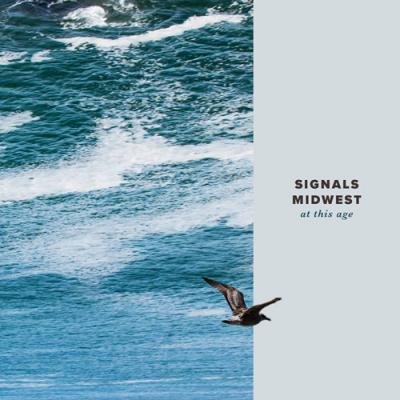 This is the fourth album for Cleveland punk quartet Signals Midwest, and it might be their best yet. Frontman Max Stern sews together a story full of nostalgia, regret, and self-reflection. It also happens to be an endlessly catchy record. The experience of At This Age goes by fast, and it's easy to relive those moments over and over. Keystones of the Cleveland punk and emo scene, Signals have been working hard, touring since their inception. Produced by Evan Weiss (better known as Into It. Over It.), this album is simpler, with more economical instrumental results than on previous ventures. Guitarist Jeff Russell, drummer Steve Gibson, and bassist Loren Shumaker are perfectly in step with each other, each part moving together in service of the greater sound. Lyrically, Stern is as eloquent as ever, using imagery and personal references in a style more literate than what laymen expect of the genre. Track by track, there are exceptional standouts, such as "Should Have Been a Painter," and "West Side Summer," which ruminate on the album's larger themes. – Nick Warren