Erie Ale House Acoustics series has been featuring a good-and-hefty assortment of Gem City-area artists on the first and third Fridays of each month. 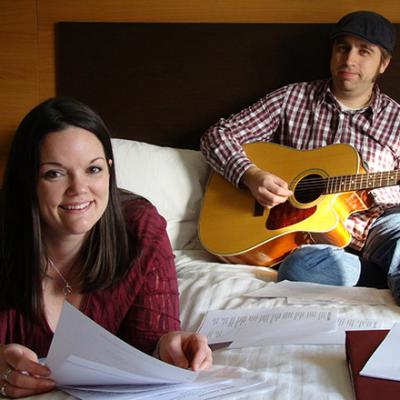 Hosted by stalwart Erie musician and local scene supporter Doug Phillips, the ongoing Erie Ale House Acoustics series has been featuring a good-and-hefty assortment of Gem City-area artists on the first and third Fridays of each month.

That musical train will keep a-rollin' on with the series' Feb. 5 installment, which marks the return of Simply Because – the duo of Amanda Nadine and 2015 Rock Erie Music Award-nominated Tony Kellogg – to local live performance.

It's sure to be a harmonious feast for fans of Simply Because, as well as a songful treat for the many who are into Kellogg's solo work.

Having previously crafted their own brew of country, folk, blues, and and pop between 2009 and 2012, "Amanda and I are very glad to be working together again," says Kellogg (another stalwart Erie artist), "and [we're] looking forward to performing" as part of Erie Ale House Acoustics.

It's sure to be a harmonious feast for fans of Simply Because, as well as a songful treat for the many who are into Kellogg's solo work as well as his work with a host of local bands such as Sonny's Fugitives and Basket Eddy.

Showcasing some of Erie's best musical talents, Ale House Acoustics – in this installment, and its others – is a series of events fans of live local music should mark on their calendars. – Ryan Smith