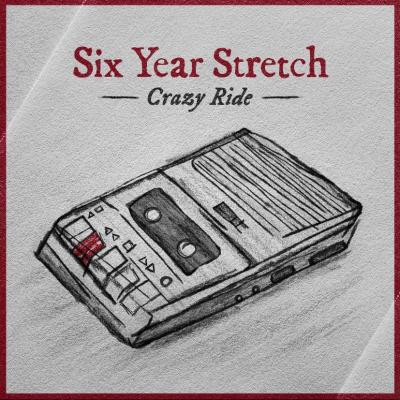 Six Year Stretch is about to take you to church. The Erie band's third studio album harnesses all the poppy passion the five-piece is known for, presented in a rich-sounding record. It's a substantial record in a few ways. At 13 tracks and a whopping 53 minutes, this Crazy Ride is one you'll want to take many times. The brothers Brown (Andy, Adam, and Alex) have been hard at work, along with Mike Wolfe and their secret weapon, guitarist Eric Brewer. Hearing Brewer unleashed, in blistering solos like in "Song in the Deep" or "The Dream" is something truly glorious, even adding some occasional shred to the mix. Singer Andy Brown is as heartfelt as ever, perhaps even more so, his voice somewhere between Anthony Kiedis and Rob Thomas. The album is remarkably consistent, with tracks like the southern-fried "Little Misses" and the hornspiced darkness of "Pitter Patter" being a few of the standouts. Be sure to catch them at their album release party on Friday, Sept. 3 at Churchill's Bourbon and Brew, as well as their appearance at Rib Fest on Thursday, Sept. 16, and Saturday, Oct. 2 at the Luminary Distillery Fall Fest. — Nick Warren