Sleater-Kinney // No Cities to Love

by Alex Bieler
View ProfileFacebookTwitterInstagramGoogle+RSS Feed
January 21, 2015 at 7:15 AM 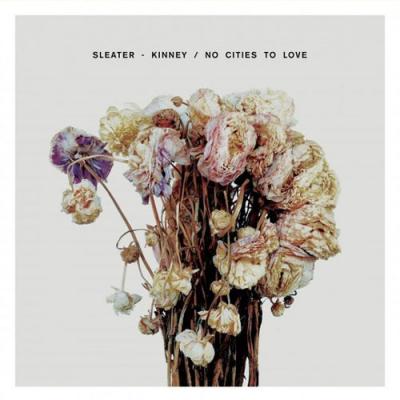 No Cities to Love

On No Cities to Love, Sleater-Kinney sure doesn't sound like a band that put out its last album in 2005 and went on hiatus in 2006 so that the power trio of Carrie Brownstein, Corin Tucker, and Janet Weiss could work on other projects. The newest release by the influential riot grrrl rockers contains few, if any, signs of sonic rust following the band's near-decade of inactivity, providing a 10-song, 33-minute-long rush of adrenaline. Shortly into opening track "Price Tag," it's evident that Tucker can still wail like she did on past albums and that Brownstein hasn't lost her ability to pump out bruising guitar riffs, both welcome sounds in 2015. Add the fact that Weiss, who has drummed for bands like The Shins and Stephen Malkmus and the Jicks, hasn't slowed down at all, and you have a recipe for sonic kickassery. Most of all, No Cities to Love is an album that's as fun to listen to as it seems like it was to make.