The acclaimed Broadway musical Kinky Boots is stepping up to Erie's Warner Theatre. 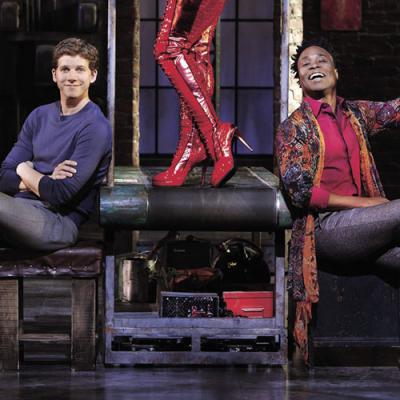 Put on your dancing shoes and kick up your heels, or just refrain from leaving those thigh-high boots on the back of the shelf. The acclaimed Broadway musical Kinky Boots is stepping up to Erie's Warner Theatre as part of the Broadway in Erie series. Just remember that arriving decked out in glitter and a feather boa is optional, of course, but we highly advise that you go ahead and bring the sparkle.

Inspired by true events and the subsequent film, Kinky Boots is the story of a drag queen who steps in ­— pun intended — to help save a struggling shoe business. Working with Charlie, the factory owner, Lola the entertainer suggests that he craft a different line of shoe for a different kind of gal. Her advice is a huge success, and the team learn a lot about friends, family and love along the way. 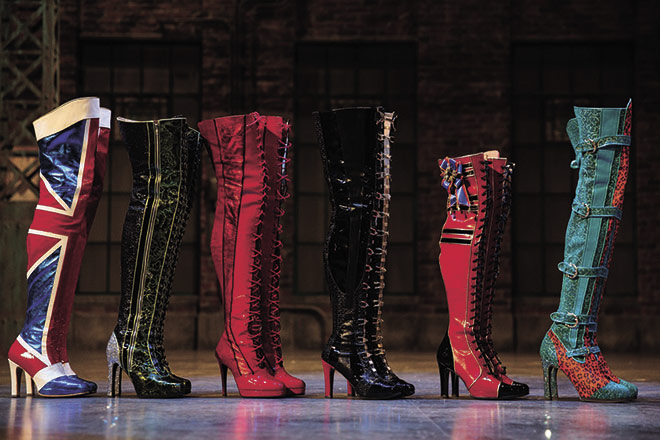 Big, bold shoes and a big-hearted musical deserve big, brilliant songs, which is why Cyndi Lauper was commissioned for the 16 original tracks featured in the performance. The show won six Tony Awards including Best Musical, Best Score and Best Choreography. Direction and choreography of this high-stepping piece are by two-time Tony Award-winner Jerry Mitchell who was also responsible for Legally Blonde and Hairspray.

So get out your evening wear, your fancy gear and highly decadent footwear and sashay over to the Warner Theatre for a great night of music, dancing and good, old-fashioned friendship. — Miriam Lamey