This album is essentially a soundtrack, with Snarky Puppy serving as the backing band. 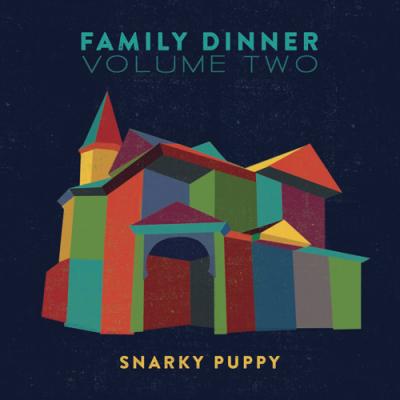 Sometimes I just want to shake jazz musicians and ask them "WHY are there vocals on this?" I asked that a couple of times while listening to this album. There is no disputing the musical prowess of Snarky Puppy. The band's instrumental synergy is nothing short of perfect. This album is the second installment of their Family Dinner series. You hear the song performed live in a New Orleans session to a small crowd. Several singers sit in with the band to perform a single-serving tune. The album has a companion DVD where they pursue the VH1 Storytellers vibe to full effect. You can put a face and story to the voice, to build a relationship with the singer. This album is essentially a soundtrack, with Snarky Puppy serving as the backing band. But as a record proper, it feels out of context. It leaves the listener wishing you had the instrumental tracks. As moving as it is to watch David Crosby perform a song, it doesn't translate on the record. Nevertheless, the videos are available online, so watch them to see the real magic. – Nick Warren