by Nick Warren
View ProfileTwitterInstagramRSS Feed
May 9, 2018 at 10:45 AM 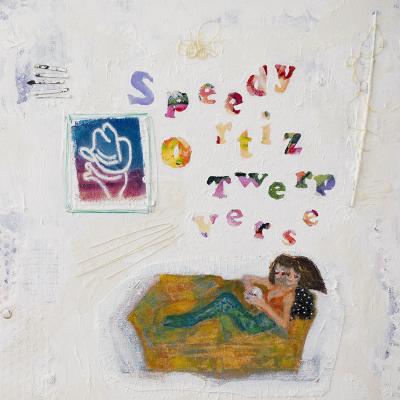 Twerp Verse is the third installment from the Northampton, Massachusetts four-piece Speedy Ortiz (named for minor character in Jaime Hernandez' Love and Rockets comic universe). This trilogy of offerings, along with numerous EPs and singles from the noisy indie rock band, have cemented their growing reputation as a consistently creative band to watch. The charm about Twerp Verse sneaks up on the listener. While there are plenty of hooks, intriguing lyrics (mentioning "booty pics" in the first 10 seconds), and hummable melodies — one of the strongest being "Lucky 88," the overall flow of the record is simply so listenable in its entirety. The fuzzy, chorused twinges of late 90s alt rock (particularly the work of Kim Deal) are retranslated with a beautiful eloquence that stands on its own by frontwoman Sadie Dupuis. Later album standouts like "Alone with Girls" and "Moving In" provide angular, midtempo guitar riffs that while densely complex when taken piecemeal, paint a larger picture that's a strangely perfect summer record — one that has the some of the biggest potential to be a personal sleeper hit, worthy of countless plays and low key recommendations. — Nick Warren