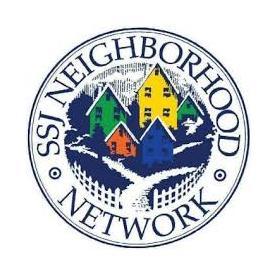 Erie's Sisters of Saint JosephNeighborhood Network (SSJNN) will start the new year with additional support for its St. Paul's Soup Kitchen. SSJNN received one of seventy-five $20,000 Food Pantry Holiday Makeover grants sponsored by Walmart. It was one of three organizations in Pennsylvania to receive the award.

"We'd like to purchase a dishwasher, we don't have one right now, and we're hoping to replace some of our stoves," says SSJNN executive director Rose Graham.

The St. Paul's Soup Kitchen, located at 453 W. 16th St., serves between 150-200 people on Mondays and is primarily run by volunteers, many of whom are in their seventies.

Improvements to the kitchen will help streamline its activities and ensure that it continues to be able to serve the community, Graham says.

"At first we didn't know it was going to be a Facebook contest and we just thought it would be online," says Graham. "We thought the sisters and the associates could log on once a day to vote and that would be fine. We have 120 in our Order, but many of them aren't on Facebook."

Graham credits the Erie media with providing the boost needed on social media.

"Really, the main push came after WJET and Fox66 did a story on the Facebook voting. Then Erie just started voting," Graham says.

Programs like the soup kitchen are part of SSJNN's mission to revitalize neighborhoods throughout Erie, beginning with Little Italy.

SSJNN, in addition to the soup kitchen, has cultivated community gardens, leads the Historic Litlle Italy initiative, and provides programs and suuport for children and families.

For more on the work of the Sisters of Saint Joseph check out ER managing editor Ben Speggen's Weekend All Things Erie interview with Rose Graham and Sister Phyllis Hilbert.