(We just didn't know about all of it) 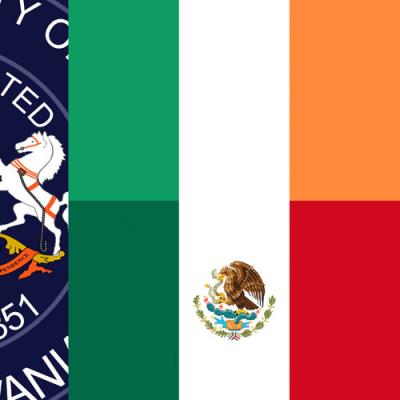 Turns out that our sisters are not so far apart after all. Since examining the seemingly tenuous state of affairs between Erie and its sister cities in our "Distant Relatives" (Vol. 7, No. 15) feature, a few organizations within the community have stepped forward to inform us of continuing, healthy involvement with our international counterparts. Although citywide initiatives are slow to develop, the relationships are still actively promoted on a smaller scale. Think of it as various sorority chapters arranging get-togethers of their own volition, without the acknowledgment of their governing body.

Since examining the seemingly tenuous state of affairs between Erie and its sister cities, a few organizations within the community have stepped forward to inform us of continuing, healthy involvement with our international counterparts.

A couple of notable examples include:

The Catholic Diocese of Erie and the Archdiocese of the Yucatán: Far from dormant, the Mérida-Erie sister city relationship thrives through the charity and goodwill of The Mission of Friendship, a major social service and cultural exchange program established in 1971. According to Erie diocesan mission director Indira Suarez, the Mission of Friendship has provided "care to thousands of underprivileged persons in Mérida, established hundreds of sponsor family relationships, fostered sister parish relationships between churches in northwestern Pennsylvania and the Yucatán Peninsula, and facilitated [the travels of] hundreds of Yucatecan visitors to Erie, and Erie visitors to the Yucatán" in the 45 years since its inception.

The Mission's ministries include the Amigos program (pairing Erie-area and Mérida-area families with the aim of establishing long-lasting bonds), a medical dispensary, the Amiguitos day care center, and Estancia Nueva Vida (supervision, academic support, and meals for school-aged girls). Bishop Lawrence Persico and the Archbishop of Yucatán renewed the relationship between the dioceses last summer, and "Sister Parish Day" (held August 12 at Our Lady of Mercy Church in Harborcreek) allowed participants to offer their thoughts about broadening and strengthening the connection in the future.

Synergy and collaboration between communities? Amen to that.

The Erie Playhouse and Dungarvan (Ireland) Dramatic Club: According to Erie Playhouse executive director Almi Clerkin, the two cities have been sharing in their love of theater for nine years. The two theater companies paid one another a number of visits over that span, with the Playhouse first performing for the Irish in 2008 and the Dungarvan Dramatic Club returning the favor in 2010. Clerkin hopes to take the award-winning musical The Glorious Ones overseas next summer. The arts are one of the single most powerful unifiers of peoples the world over; it would be a shame to see them relegated to prop storage.