Strand of Oaks Takes "HEAL" on the Road

Philly band to visit Cleveland and Pittsburgh during a three-month tour in support of its excellent new album. 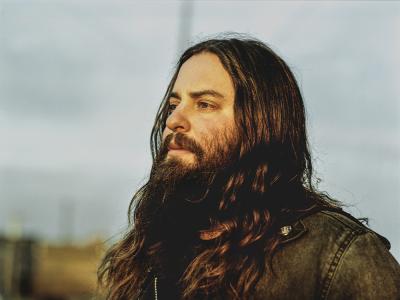 Earlier this summer, I had the pleasure of reviewing Strand of Oaks' latest album HEAL. In fact, I liked it so much, I awarded it a full five-star rating, which aren't too easy to come by here at the Erie Reader. Heal, however, impressed me with it's raw, autobiographical story of Timothy Showalter's process of, well, healing through music. As I wrote in the review, "Strands of Oak's Timothy Showalter's always had a knack for creating raw, captivating songs with fantastical premises – a post-apocalyptic world here, a vengeful Dan Aykroyd seeking out James Belushi's drug dealer there – but the Philadelphia storyteller turns the camera on himself on the unflinching HEAL," and the 10-track sonic documentary certainly tackles some personal subjects, such as infidelity and alcoholism. The album doesn't wallow in grief, however, as its story of music as a personal liferaft in a volatile emotional sea simply rocks.

If you're digging what you're reading, then you'll probably be happy to hear that Strand of Oaks may very well be coming to a venue within driving distance of your current abode. Showalter, along with a full band to complement the fuller rock sound of his latest album, kick off a new tour Tuesday, July 29, and he'll be less than a two-hour drive away from Erie at the Beachland Tavern in Cleveland Thursday, July 31. In fact, if you decide to attend, you'll even see me cheering along in the crowd. However, if the rest of your July is booked, a Tuesday, August 12 date at Club Cafe in Pittsburgh may be more up your proverbial alley. Check out the rest of his upcoming tour on his site if you're feeling a bit adventurous or live outside the Erie area or want to purchase tickets to see Showalter's healing process for yourself.