A Little Bit Stranger perfectly showcases the Erie band at their best.

by Nick Warren
View ProfileTwitterInstagramRSS Feed
September 14, 2016 at 10:45 AM 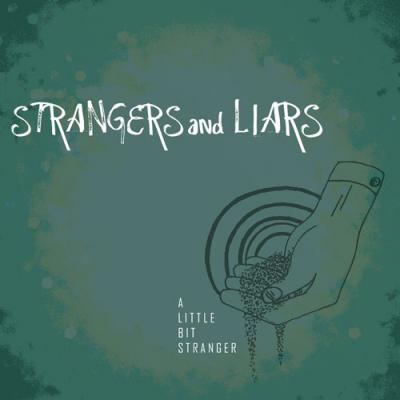 Local four-piece Strangers and Liars are fantastic at what they do. Centering in on a quintessential American rock sound, A Little Bit Stranger perfectly showcases the Erie band at their best. Vocalist Tommy Link writes songs filled with romantic remorse and restrained bitterness. Tracks like "Love Sick" blend metaphor and biting wit into a hummable tune you'll find yourself singing days later. Link's vocals are lucid and articulate, with an accomplished upper register. Guitarist Justin Anderson's tone is one of the distinct highlights of the recording. His pitch-perfect lead playing is brilliantly tasteful, with just the right amount of bite and overdrive to make it smoke. The shimmering solo at the end of "The Price You Pay" gives way to the bluesy riffs of "Up and Down," to great results. Melody is revered, and respected. The opening notes of "Waste My Time" inform the theme of the entire song. Producer Jon Beveridge captures the band with a clarity that lets the musicianship shine through. Fans of classic rock like Tom Petty or The Band will find something familiar and welcoming in any of these nine songs. – Nick Warren