Get ready for an extra dose of rock 'n' roll when Joe Deninzon and Stratospheerius returns to the Kings Rook Club. 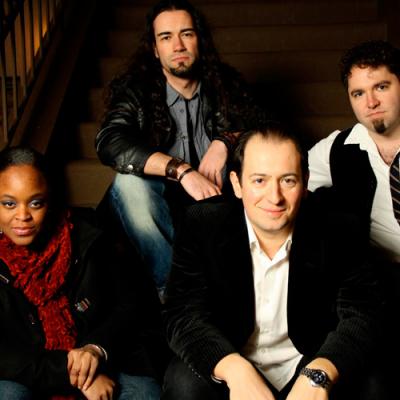 You're fortunate enough when you get to see a performer compared to Jimi Hendrix once in a year. Get ready for an extra dose of rock 'n' roll when Joe Deninzon and Stratospheerius return to the Kings Rook Club after visiting earlier in 2015.

Deninzon isn't your usual rock star, although the violin maestro can shred with the best of them (imagine Hendrix on the violin). Born in Russia, Deninzon and his family moved to Cleveland when he was young. It didn't take him long to impress the local music scene, playing in rock bands by his mid-teens. Eventually his skills on the violin and his band's jazzy rock vibes earned him work alongside Bruce Springsteen and Les Paul.

Needless to say, Deninzon and Stratospheerius are worth seeing. Add in a performance by Erie's own Liquid Nixon and an after party featuring Eric Brewer and Friends and this is a show not to miss.  – Alex Bieler