Who's the big winner? According to Jay Stevens, it's Nate Silver. And, America.

by Jay Stevens
View ProfileFacebookTwitterGoogle+RSS Feed
November 14, 2012 at 11:00 AM 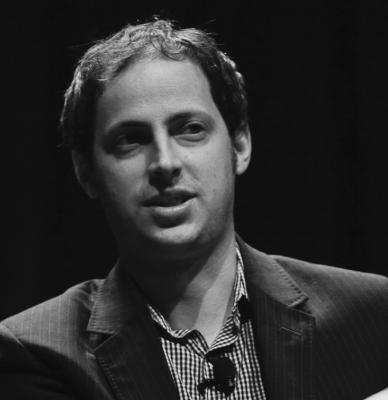 So, the election's over, and Nate Silver won.

That's right, the New York Times' writer of its "Five Thirty Eight" blog won the election. He's the poll analyzer who gave President Barack Obama a 90.9 percent chance of winning the election days before it happened, and who had been roundly criticized as being biased towards the president by conservative pundits. Cable-television pundit Joe Scarborough, for example, said of Silver, "anybody that thinks this race is anything but a tossup...is such an ideologue...they're jokes."

"If it's one thing we know," said Silver's fellow Times columnist, David Brooks, "it's that experts with fancy computer models are terrible at predicting the future."

You know the rest of the story. Obama won by a large Electoral College margin -- 332 to 206 -- and even won the popular vote by several percentage points. And Nate Silver correctly predicted the outcome in all 50 states.

Republicans up to election night truly believed Silver had it all wrong. The Romney campaign's internal polls showed a Romney victory, so much so that Mitt Romney neglected to pen a concession speech on Election Day and his staff had hired a fireworks company to put on an 8-minute show after his victory.

So...what's the deal? How did Silver get it right, and others look at the data and get it wrong? It mostly comes down to how polls are conducted. Essentially, you call a bunch of people and record how they're planning to vote, and then weigh those answers based on what demographic they're in, and how likely and in what numbers those demographics will vote. Silver -- and most pollsters -- correctly predicted a high Democratic turnout, while Republican pollsters did the opposite.

Those pollsters took the same data Silver saw, but readjusted it to reflect what they thought the composition of the electorate would look like. And they were wrong. In fact, they were egregiously wrong. Self-identified Democrats still flocked to the polls in 2012 in nearly the same numbers as they did in 2008. Additionally, proportionally more Latinos, African-Americans, women, and young voters voted in 2012 than they did in 2008.

Basically, Republican pollsters and pundits looked at the polls, ignored whatever data defied their preconceived notion about the electorate, ran the numbers not through an algorithm or computer, but through their ideology, and came up wrong.

Because of the results, Silver's enjoying deserved attention. Sales of his book, "The Signal and the Noise: Why So Many Predictions Fail -- But Some Don't," are taking off. Some are even saying that Silver's predictions mean an end to punditry. Will all of the opinion-makers who said the American people were put off by Obama's agenda be out of a job? Will those that foretold a conservative nation be forced to take unemployment?

Hardly. Remember, many of the highly-paid and -revered newspaper and cable television commentators -- David Brooks, for one -- were dangerously wrong on Iraq, and provided the "intellectual" basis for the war there. Yet they still work, despite the trillions of dollars and thousands of lives thrown down that rat hole.
Still, let's hope that Silver's election victory does alter the punditry landscape some, putting more pressure on these people to back assertions with facts, opinions with research, and ideas with merit. And then all of us will be winners.