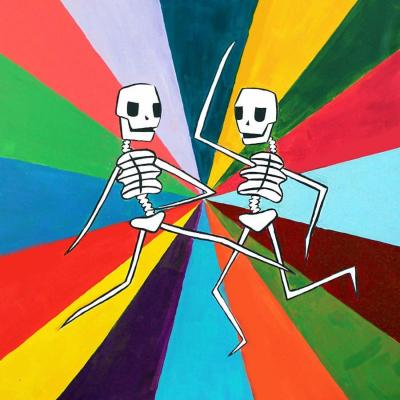 At first take, Sundara Karma might elicit some well-warranted eye rolls. In particular, the overly theatrical vocals of Oscar "Lulu" Pollock seem so unnaturally affected that it's nearly impossible to stop thinking about just how much of a David Bowie impression he's doing. Because the band heralds from Reading, just an hour west of Bowie's London, the similarity via accent and vocal register is somewhat explained. Is sounding like one of music's most beloved icons an intrinsically bad thing? Answers may vary depending on if you ask The Tallest Man On Earth, Nap Eyes, or (shudder) Greta Van Fleet. Ulfilas' Alphabet is the quartet's sophomore album, a full 13 songs in under an hour. The first half of the album goes by remarkably fast, filled with light disco beats and mildly psychedelic bright rock. It's a decent, but far from a groundbreaking modern alternative record. Charming, but relatively banal — perfect college radio companions for Imagine Dragons, Cage the Elephant, or Two Door Cinema Club. It's candy. Pop that you can in the end feel decent about, but leaves you with a hunger for something more substantial. — Nick Warren