A Q&A with the iconic author, New Yorker, and cultural jukebox prior to Oct. 6 MIAC date

by Nick Warren
View ProfileTwitterInstagramRSS Feed
October 5, 2022 at 10:09 AM 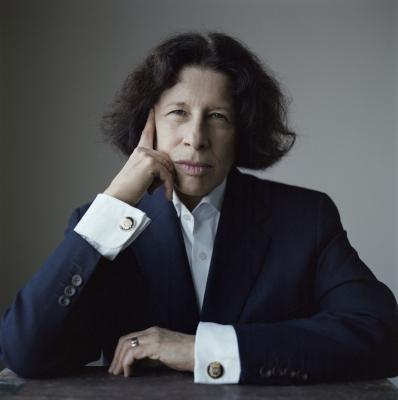 Copyright Brigitte Lacombe
Known for her acerbic wit and incisive cultural commentary, Fran Lebowitz will be sure to pull no punches during her Thursday, Oct. 6 speaking engagement at Mercyhurst University.

For decades, Fran Lebowitz has provided brilliant and biting cultural commentary. Rising to public prominence with her bestselling books Metropolitan Life in 1978 and Social Studies in 1981, Lebowitz later established herself as a well-loved guest on Late Night with David Letterman, Charlie Rose, and The Late Show with Conan O'Brien. Hilarious and acerbically insightful, Lebowitz became a de facto ambassador to her beloved New York City for those outside the city the world over.

In 2021, she gained an entire new generation of fans with her docuseries Pretend It's a City, directed by her close friend (the great) Martin Scorsese. Heralded by the 2010 HBO documentary Public Speaking, this collaboration between the two served to give Netflix audiences a chance to hear Lebowitz' takes on everything from public transportation to politics to the value of art itself.

We got the chance to talk with Lebowitz via phone in preparation for her speaking date with the Mercyhurst Institute for Arts & Culture on Thursday, Oct. 6 at the Mary D'Angelo Performing Arts Center.

Nick Warren: Hello! How are you doing today?

Fran Lebowitz: I haven't decided yet.

NW: I hope it will turn out for the best.

FL: We always hope that.

NW: It's a pleasure to talk to you, I'm looking forward to your appearance at Mercyhurst in our fair city soon. So, have you found that strangers have a tendency to open up to you more than they would the average person?

FL: I certainly notice that people tell you personal things about themselves, but I don't think it's specific to them telling me. I've just noticed in general, that the culture is full of people telling you their innermost thoughts, everything that happened to them, and I really think this is a thing of generations. People my age — the ones that are still alive — we were taught not to do that. But kids, and by which I mean someone that's 35 [laughter], they have been taught "tell us how you feel, tell us what you think." So, yeah, people do tell me this stuff about themselves. People tell me this stuff about themselves when I do these speaking dates, like I'm doing there. I take questions for an hour from the audience. And lots of times people precede their question by telling me something about themselves, especially their age, very often someone says "I'm 22," and then they tell me something. And so I just think it's a thing of generations. I don't think it has to do with me.

NW: Do you think social media might be to blame?

FL: I think possibly, but I also think it's their parents. I think that people my age who had kids, and then all the people younger than them who had kids, encourage their children to talk to them. Truthfully, people my age, our parents, they weren't that interested in us. I don't mean just my specific parents, but I mean, in general, parents when I was a young kid. They just weren't that interested in us. They didn't ask us questions. First of all, children were almost never asked questions when I was a kid, because what could they know, they're children? [laughter] But everyone younger than me, which is now everyone [laughs], their parents ask them "How do you feel? What do you think?" So that they're just used to doing it.

NW: I love that. And then, this kind of goes into it, but have you found that you've successfully avoided small talk in your life?

FL: Well, I don't think anyone wholly avoids it [laughs]. I also think the definition of small talk has changed quite a bit. So lots of talk that seems like "big talk" to me seems like small talk [laughs].

NW: So you're always small-talking?

FL: Because a lot of news — for instance — in newspapers, for people who still read them, and I'm one of them. It doesn't matter where you get your news, but a lot of the news, when I was young, what is now broadcast as news used to be these little things called human interest stories. There's a cat in a tree, or there's a dog that people thought they lost and then he walked 400 miles to find the family, all that kind of stuff. To me, that is like, actually not even small, it's minute. [laughs] And this occupies actual space in newspapers and other kinds of news. I just think that people are so busy telling you about themselves, as you mentioned before, that I don't think people make these distinctions anymore. I have bad news for you; you probably noticed this.

NW: Unfortunately, and that's to the detriment of some "journalism," too.

FL: I mean, even the Times — the New York Times — used to be, like all newspapers really, they just told you what happened. "There's a fire on 23rd Street." That's the news. Now they tell you, there's a fire on 23rd Street. And then they interview someone who lived in that building. What do you feel about that? What do you think, my building burned down? I think that journalists, newspaper reporters, used to be not only discouraged, but forbidden from putting that kind of stuff in news stories. And now, they're encouraged to do that. Because I think that everyone thinks you can't hold someone's attention unless you tell them a story. A story that has people's feelings in it, or their reactions in it. I just think that's everything. I don't think that is peculiar to any newspaper, or any TV station or anything. It's just they're encouraged to write. Newspaper reporters were discouraged from writing, and now they're encouraged to.

NW: Do you think it's more or less interesting now?

FL: Well, truthfully, if I am looking at the front page of the New York Times, and I want to know what's happening in Ukraine, I'm guessing without looking that the people in Ukraine are not happy. You don't have to give me examples of all the unhappy people in Ukraine. Like who wouldn't be unhappy if they're bombing your country? So [laughs] I would prefer since I'm reading this stuff, and because I want to know what's happening there, can we just assume that the people are devastated?

NW: Yes, across the board, maybe too. And even I ask that question — Is news even supposed to be interesting?

FL: I think truthfully, what is interesting to me is that, in this era, when people have access to every kind of information on the planet Earth, they are less and less interested. The number of people who are ill-informed is actually greater than it used to be — even though they have the opportunity to be amazingly well-informed. But also because politics in this country especially, has become so debased. It's almost like when I was a child, the summer camps, there were some attempts to have this thing called "color war" where they divide the entire camp. You're the green team, you're the blue team. And then the whole summer, these kids would fight with each other. I didn't go to such a camp, because my parents wanted to avoid that kind of situation [both laugh]. But it now seems like that's American politics. That's Congress.

NW: Now it's red versus blue.

FL: Yeah, now it's red and blue, but it's really dangerous.

NW: I'll go more random. What do you think makes great art worth talking about, and remembering?

FL: Well, I know you're never allowed to say this anymore. But unfortunately, it's talent. This is a word that seems to have gone off into obscurity, but it is talent. Which people say, "Well, who can define that?" I would say, me! Ask me, I will tell you. Americans really don't like the idea of talent, because you can't get it, you can't buy it. You can't work for it. You can't be connected to it. It's so random, talent. It's just randomly distributed throughout the population of the world. And so I think that's discomforting to Americans. But, to me, it's the most democratic thing there is. But it's not a thing that people really talk about much anymore. Because, first of all, there's this idea that you shouldn't judge. It's judgment.

Even so-called critics are not really critics anymore. They're not making all these distinctions. They're basically telling you the biography of the person who painted the painting or wrote the song — that's not criticism. I feel like, I decide, and of course, no one listens to me, but that's always been the case. [laughter] So, it's talent, which is not something to go to school for. I'm sure you're aware that there's like zillions of these graduate programs now in writing. When I was young, I think there was only the University of Iowa. But I always say to people, "I have news for you, you cannot learn this. I mean, you can learn grammar, which of course, no one learns anymore. [laughter] But you can't learn this — and these schools cost a fortune, by the way. So whenever kids ask me about this, I say do not go. Don't go. Take the money and buy books, read! That's how you learn how to write.

NW: Yeah, it seems to be that talent is the answer, if people are saying, "How, how can I make it out there?" I think that's also the answer, whether or not they want to hear it.

FL: Well, it's not necessarily how you succeed, by the way — talent. That's available. That's for sale. But [talent determines] whether or not you're good, that is for sure. And if you want to know who decides that? It is me.

This interview has been edited for length and clarity. For a full-length transcript of this interview, visit ErieReader.com. Nick Warren can be reached at Nick@eriereader.com