Taste the Next Big Thing at The Brewer's Cup 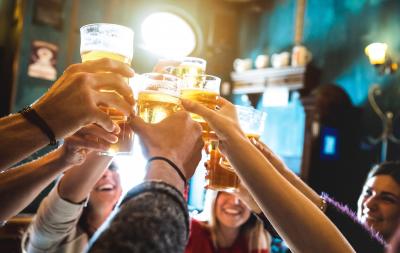 Starting out (and this was over a decade ago), the annual Brewer's Cup at The Brewerie at Union Station was conceived as a nice little opportunity for local, small-scale beer-makers to possibly hobnob, maybe share stories and ideas, and definitely drink some beer together.

But 12 years in, the Brewer's Cup has become a local staple event for beer-makers and beer-drinkers alike, and an annual showcase of some truly, definitively unique and, beyond that, very worthwhile brews.

Featuring dozens upon dozens of individual small-batch brewers — and even more individual beers — "as a consumer, you're going to have beer that you never had before and you might never have again. And you might get to meet the guy who's going to start the next Lavery Brewing or the next [Erie] Ale Works," Brewerie owner Chris Sirianni stated.

Indeed, brewmasters from what have become area favorites like Lavery Brewing Co., Erie Ale Works, Meadville's TimberCreek Tap & Table, Millcreek Brewing Company, and others  including the Brewerie, have all showcased early work at the Brewer's Cup before launching commercially.

It's safe to say that if you love local beer, you'll want to be there to see what's happening here next. — Ryan Smith