Does technology provide the motivation to make us healthier?

by Epic Web Studios
View ProfileFacebookTwitterInstagramYouTubeGoogle+LinkedInRSS Feed
June 12, 2013 at 9:15 AM 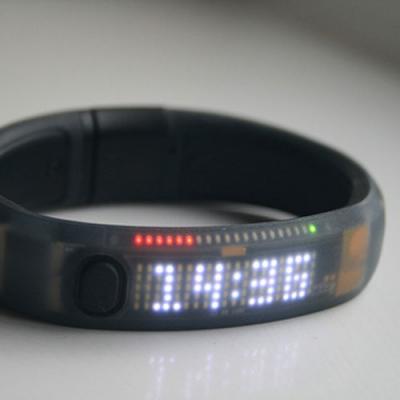 Oftentimes, technology has been given a bad rap as an enabler of laziness. Tech activities such as video games and television offer countless alternatives to playing outside or being physically active. But it comes down to how you use the growth of technology, and right now, it is in a direction to leverage these advances towards motivating people and pushing them to get more activity out of their day.  So with summer beginning to show its face here in Erie, take advantage of how these technologies can help you to enjoy the beautiful weather – and stay, or get, healthy.

Currently there are many new activity-tracking bracelets and pods being released – often coined as "fitness bands." These devices are most commonly a rubber bracelet that contains motion sensors and an LED display. The devices are typically worn on the wrist and are able to track a person's steps, sleep, activities, and calories burned. The current best-selling and leading models include the Nike+ Fuel Band, Jawbone UP, or the Fitbit Flex.

Depending on the version you chose, all of the information that is collected is either wirelessly (via Bluetooth) or manual synced to a computer and/or smartphone. For most models, this allows you to monitor your progress throughout the day and your amount and quality of sleep throughout the night by simply checking your phone.

Having all of this data neatly organized at your fingertips does a few things. First, it promotes users to set goals, and by having definite goals, a person might be more likely to strive to reach that point.

Additionally users are granted the immediate gratification of the visual results available at anytime so they are able to monitor their progress in real time. For example, if a user is finishing up dinner and notices that he or she is only 50 steps (or points depending on which tracker used) away from a goal, or setting a new record, it is more likely that he or she might run up and down the stairs a few times rather than plopping down on the couch to watch some television in the evening.

Another key element to these activity trackers is that they provide the opportunity to add social accountability. With the applications that power these devices, a user is able to search for and add his or her friends and propose challenges and competitions. It also offers the option to publicly display activity, which may help to serve as a reminder of accountability. Personally, I know that if both my friends and I had these, we would implement ridiculous challenges based around who can take the most steps in a day, or who could burn more calories.

Another feature that drew me specifically to the the Fitbit Flex is that it plays well with other apps. I can associate it with my "MapMyRun" app (among others such as "endomondo" and "My Fitness Pal") and this would enable me to compare my tracked activity alongside the speed and distance of my run after a workout.

After doing some research on this fast-growing tech segment and asking some friends about their experiences with the different devices, it has sparked my interest and I now even intend to pick up one of these trendy little bands to help push my fitness to the next level (though my desired model is currently on backorder). Now that summer is upon us, I encourage you to do the same. At a minimum, it should serve as a conversation piece when people ask about that cool little bracelet.