That Lovin' Feelin' Comes to Mercyhurst 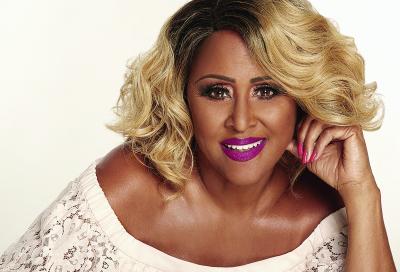 You've heard Darlene Love. Beginning in the late 1950s, she has appeared in countless recordings, including those from Elvis Presley, The Beach Boys, Sam Cooke, Tom Jones, and the recordings of Phil Spector (including the Righteous Brothers tune that this headline is cribbed from). While her powerful voice permeated pop culture, it wasn't until years later that she found the audience she deserved.

Working primarily as a backup singer, she eventually established a successful solo career decades later. Regrettably, Love relinquished the rights to most of the songs that she appeared on. After taking a break from the music industry in the 1970s and working as a maid, she revived her career in the 1980s. Thankfully, Love was able to capitalize on one of her best-known songs (and one actually credited to her by name), "Christmas (Baby Please Come Home)." Acting a bit as well, she appeared as Danny Glover's wife, Trish Murtaugh in the Lethal Weapon quadrilogy.

These days, she's made a name for herself, being called "one of the greatest singers of all time" by Rolling Stone Magazine. One major factor for this rightful ascension in recent years was the prominent role she played in the film 20 Feet from Stardom. Winning the 2014 Academy Award for Best Documentary Feature, she took the stage for the acceptance speech, doing a brief rendition of "I Sing Because I'm Happy" to a standing ovation. Mercyhurst's Mary D'Angelo Performing Arts Center will be one of her next stops. Just a few days following Valentine's Day, it's sure to be a supremely appropriate time for some Love. — Nick Warren