by Alex Bieler
View ProfileFacebookTwitterInstagramGoogle+RSS Feed
April 2, 2014 at 6:47 AM 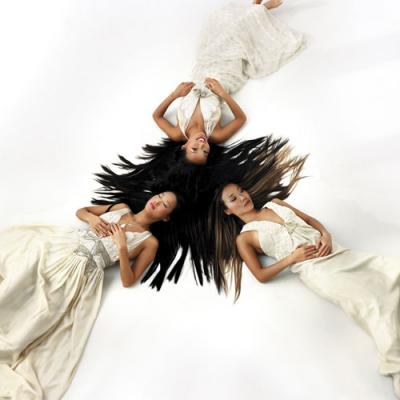 While some musical groups can feel like family after bonding through performances and practices, The Ahn Trio already has that connection down pat. South Korean-born sisters Angella, Lucia, and Maria Ahn have been playing together as a classical piano trio since their days attending The Julliard School. Now, they're bringing the family business to the Walker Recital Hall at Mercyhurst University.

The Ahn sisters provide a modern take on chamber music, performing compositions by everyone from French composer Maurice Ravel to English rocker David Bowie with Angella on violin and the twins Lucia and Maria on piano and cello, respectively. Since they were featured in a cover story on Asian-American "Whiz Kids" in a 1987 issue of TIME Magazine, The Ahn Trio's ability to blend classical music with more contemporary art forms has led to the sisters being featured in Vogue and GQ magazines, as well as being named in People Magazine's 50 Most Beautiful People in 2003.

Now the Mercyhurst Institute for Arts & Culture is bringing The Ahn Trio in to help play some beautiful music for our listening pleasure. Whether you're a fan of the classics or crave something more modern, these sisters are ready to put on an Ahn-believable show. — Alex Bieler