The Business of Higher Education

College tuition is a weird system, and it may be broken. 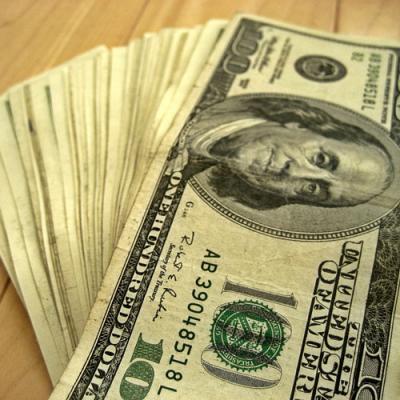 Last fall, I asked my Research and Writing students at Mercyhurst University to respond to a free-write prompt. The rules were simple: do nothing for fifteen minutes. No electronics, no talking, no eating, no exercise. Then, freely reflect on the experience in writing without the paralyzing constraints of grammar or getting it "right." Paddle the stream of consciousness. Stimulate the connection between unbridled thought and written meaning-making.

I have great academic and athletic scholarships, and this school is still breaking the bank. The worst part is I'm almost halfway done with one year of schooling which would be almost $30 thousand at full price, and I have yet to learn anywhere near $30K worth of information. I don't even think I've learned $5K worth. I know tuition pays for the teachers and buildings and whatnot, but I feel they could at least make it worth it for the student. It's funny to me how you have to put four years of schooling together for it to mean anything at all. You can complete one or two years of school, spend $70- to $80K, and it means nothing because you didn't complete your degree. It's a weird system we have here.

I was struck by Shannon-Brown's simple yet poignant math, and shared it with the rest of my students. The floodgates were open. Why is college so expensive, they wondered? How are costs determined? Why is college seen as such a necessity? Why are students graduating with thousands in unforgivable debt? And is it all worth it?

It is a weird system we have here. And it may be broken.

Like many systems, higher ed's predicaments feel overwhelming, insurmountable through individual or local action. Or they seem to only impact those directly affiliated.

But in fact, the problems in higher ed affect us all – and in Erie, it's no exception. Students who shoulder enormous loan burdens are unlikely to invest in our economy. Universities are exempt from paying taxes on valuable real estate they inhabit. Workers with years of beneficial experience are passed over for promotions and jobs simply because they haven't gained access to the all-powerful college degree.

Still, the dominant message remains "College for all," exemplified by President Obama's recent push to make the first two years of college free for qualifying students. But as the societal value of a degree increases, the value of the education may be decreasing. As colleges corporatize, what sells stays. Driven by enrollment dollars, colleges are investing in showy buildings and executive salaries while traditional values — teaching, for one — are getting shortchanged.

And students get cheated.

A weird system indeed. And we're all losing out.

Though this trend is happening nationwide, a recent local example is Mercyhurst University. With enrollment dropping, the university eliminated 14 positions in November. Initially, no faculty were let go. Gary Brown, senior vice president for strategic finance, told the Erie Times-News that no "significant impact on service to the students, the faculty, or the university" was anticipated.

But just two months later, Mercyhurst announced likely cuts of $1 million more. President Thomas Gamble told the Times-News, "Everything is on the table." He added, "What we don't want are across-the-board cuts if things get bad. Then you are cutting things that have a really strong return and things that don't have a strong return."

As long as higher ed priorities are determined by enrollment, decisions will be returns-driven. It would be naive to imagine that these institutions are immune to the belt-tightening faced by other industries.

"The institution is a business," explains Susan Black, owner of Art of Yoga. Black, now retired, has held upper-level administration positions at all five regional universities, observing first-hand how enrollment — not altruism — rules the business of higher education. She highlighted how the illusion of benevolent institutions is making these cost-cutting moves harder to swallow by students, parents, employees, and the public. "If you believe something that's not true," she added, "you increase your suffering."

Black stressed that numerous well-meaning, good-hearted individuals work within every higher ed institution. "Many individuals truly care about students, and want the best for them. People in the institution may care," she clarified, "but hard choices are based on pure business. From a larger perspective, it's a numbers game."

She said that seeing past the illusion of benevolence is freeing. Facing this reality shifts the power to put institutions back into the hands of those they serve.

Black added that most financial decisions are based "on the whims of 18-year-olds." If students and parents want to move priorities away from elaborate gyms, deluxe dorms, and overindulged athletics, they need to stop enrolling based on these amenities.

William Deresiewicz, a former Yale professor who wrote Excellent Sheep: The Miseducation of the American Elite & the Way to a Meaningful Life, specified that "The customer-service mentality" is to blame for extravagant campuses "financed by a mountain of debt, and that has been a major factor in tuition growth. Colleges now sell themselves to kids in terms of what they can give them, not what they plan to expect of them."

According to some students, like Mercyhurst freshman Intelligence Studies major Galen Bernick, they aren't expecting enough. Bernick hoped classes would celebrate "exploration, not regurgitation." Instead, he said, "the challenge is really just managing all the course work. I wish it were more challenging philosophically because I believe college is to self-discover and grow the mind, not make it a calculator."

Still, we might need a calculator to face the corporatized reality of higher ed.

In November, at the beginning of her 20th year at Mercyhurst, Betty Amatangelo "was told that the college was in great financial trouble" and that her position in Campus Ministry "was being eliminated, effective immediately." Amatangelo, owner and teacher at Yoga Haven, wrote a letter to the editor of the Times-News in January. "Other than sorrow for the person who had to tell me this," she wrote, "my thoughts went directly to the numbers. If the university faces a steep decline in revenue, how helpful would my whopping $26,000-per-year salary be?"

Good question. Mercyhurst President Thomas Gamble "earned $347,971 in total compensation in 2012-13, up 6.6 percent" from 2011-2012, the Times-News reported, just before he's set to retire in May. Meanwhile, "James Adovasio, Mercyhurst's provost and director of the Mercyhurst Archaeological Institute, earned $283,224, a 16.7 percent spike."

Incidentally, in June 2013, Mercyhurst announced an employee-wide pay freeze. This year, some administrators took pay cuts, but will likely suffer the least.

Curiously, also cut in November was Brittany Prischak, Mercyhurst's Sustainability Officer. At a time when even the Pope demands sustainable action to mitigate climate change, this logic confounds.

I cannot stress enough that Mercyhurst is only one institution cutting campus-wide while unreasonably compensating highest administrators. Focusing locally is merely intended to illustrate this systemwide trajectory.

As Rick Filippi declared in the Reader last December, "The amount of money these [nonprofit executives] are being paid is obscene in the sense that they argue they are 'charitable organizations.'"

Filippi continued, "If the legislature refuses to address this issue, then the City needs to take legal action against these entities to ensure that they are paying their fair share of taxes. Can anyone justify a 'charity' paying hundreds of thousand of dollars in executive compensation when we don't even have enough cops on the streets to prevent violence?"

Meanwhile, according to one employee, Mercyhurst has contracted an executive search firm to pursue their next president, at a retainer fee of $84,000. That's just the retainer. Generally, it's argued that attracting the best candidates legitimizes these enormous sums – yet another emblem of higher ed's corporatizing.

But while millions are spent on administration, the majority of faculty nationwide are now contingent, adjunct, or non-tenure track, earning salaries below the poverty line – but that's another story for another day in the near future.

What warrants such exorbitant raises on already staggering executive salaries? And if students are the priority, what justifies underpaying those who actually teach them?

If we want Erie to succeed, we must look realistically at the management of our local universities. We must see these institutions as the businesses that they are, supported considerably by tax dollars for which we're compensating.

In an interview last December in the Reader, Gov. Tom Wolf celebrated the "great universities" and "intellectual capital" that Pennsylvania should take advantage of. He hopes to incentivize innovative "companies and entrepreneurs, who are willing to create good family sustaining jobs in Pennsylvania."

Innovation begins with intellectual stimulation and exposure to diverse perspectives. As Galen Bernick summarized, "The goal of college is to create minds that can break the molds, not perpetuate them, this being character development instead of job training. If everyone is taught the same and that way is inefficient, then colleges are just perpetuating mediocrity​."

The passionate faculty, selfless staff, and promising students who comprise our local universities deserve institutions that support incubating creativity, not conformity. It's not as sexy as a winning team, not as sleek as a new building, not as impressive as an executive salary. But maybe it's time we all got our priorities straight.

Katie Chriest can be contacted at kChriest@ErieReader.com.