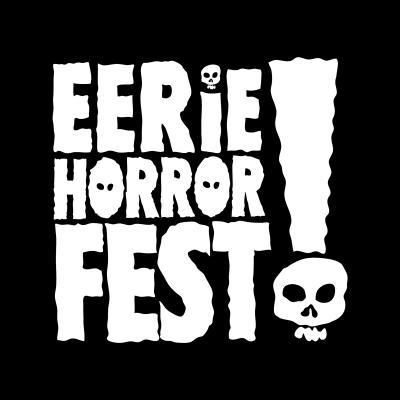 Horror franchises love a good sequel. It follows, then, that our very own local horror film festival might feel the same way.

Arising from its grave, the Eerie Horror Film Festival will be back, with the Film Society of Northwestern Pennsylvania recently announcing that they would be heading up the festival this year.

The festival is scheduled to run during its usual time, Wednesday, Oct. 27 to Saturday, Oct. 30  – just in time for Halloween. This time around, it will be at the Erie Playhouse. As the full schedule of events becomes announced, it is likely that the festival will spread to other downtown Erie locations as well.

"We're going to have celebrity guests, new and old genre films," Film Society Director of Programming, John C. Lyons revealed at an announcement on the evening of Monday, Aug. 26. "We're also going to have video game demonstrations, industry events, and after-parties every night, including a Halloween costume party fundraiser."

The Film Society takes the reins from longtime Horror Fest promoter and founder Greg Ropp (who will still be involved in some aspects of the festival). Under Ropp's watchful eye, the Fest started in 2004, growing to become a national draw. Beginning at the Roadhouse Theatre, the Horror Fest moved to the Warner Theatre, its home for many years. Showcasing films from around the world right here in Erie, lineups were packed with celebrity guests, vendors, panels, and much more.

For more information, check eeriehorrorfest.com (which at this time redirects to filmsocietynwpa.org).