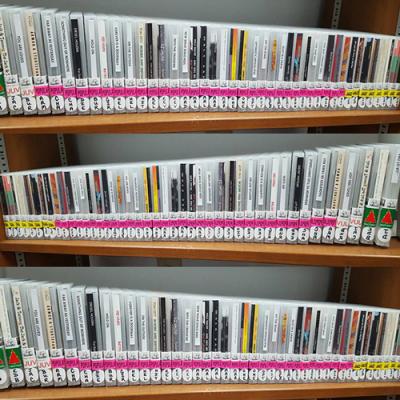 A couple of hip Erie County Public Library employees started the Local Music Project in late 2015 as a vehicle to make Erie-made music — past and present — publicly available for borrowing, and archived and preserved for posterity as part of the community's history.

As we've said before, that's an awesome idea — and one that's been heartily supported by the local music community.

And now, after months of music-gathering, Blasco Library staffers Jessica Makowski and Sarah Brown-Millspaw are pleased to announce the official unveiling of the Erie Library Local Music Project, coming, fittingly, during a "CD release party" slated for Saturday, Feb. 20 from 10 a.m. to 4 p.m. at Blasco.

Along with an unveiling of the new local collection, there will plenty of live music — local, of course — with performances by Matty Boland, Optimistic Apocalypse, and Strangers and Liars, along with an open mic session, a musical petting zoo, and other music-themed happenings.

"We're really just trying to connect the library to the musicians, and [the musicians] to the public," Makowski said recently.