The Fate of Net Neutrality Rests With FCC

The public has spoken on net neutrality. Now we wait to see if the FCC was listenting. 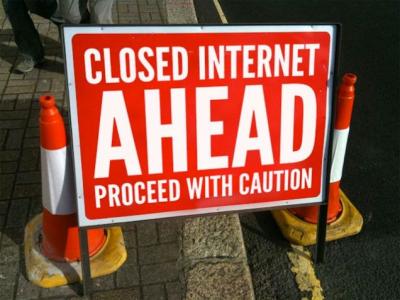 No one can afford to be neutral on net neutrality.

Nearly 75 percent of American homes had internet access in 2012, according to the United States Census Bureau. That number is expected to be closer to 80 percent when official data for 2014 is released.

There are more than 100 million homes in the United States that have access to cable television. Most of those households also receive their internet access from their cable provider.

So when the Federal Communication Commission began accepting public comment on net neutrality, it should have expected a chorus of opposition to impending policy changes that threaten the foundational principle of fair access to the internet and its ecosystem. It didn't.

Within hours of opening public comment in early June, FCC servers crashed under the weight of public reaction inspired in part by the sharp commentary of John Oliver.

Public comment closed this week after more than 3.7 million people addressed the issue to the FCC.

Logic would dictate that the FCC should look at the 3.7 million comments as a representative sample of the total public admonition of changes to net neutrality and therefore it should vote to affirm existing policies. After all, that's how the television and cable industry establishes ratings and other forms of approval and disapproval of the content it provides.

Unfortunately, that's not likely to be the case. The FCC is more likely to announce that since only one percent of the American population submitted public comment, it has some magical mandate to deprive consumers and entrepreneurs of access the the same type of ecosystem that made possible the internet as we know it.

It will be weeks before we know if the FCC has sold out American industry and the American people to the corporate monoliths that it helped create. But if past performance is any indication of future outcomes, net neutrality is just going to be part of the internet's history instead of the principle that drives it's future.