The Frights // You Are Going to Hate This

Their sophomore release finds itself much tighter and singable than the unchanging springy surf-punk of their self-titled debut. 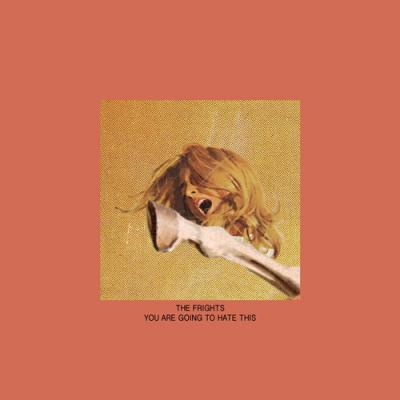 You Are Going to Hate This

From the first few notes of You Are Going to Hate This, you know that the title's not going to be true. The first song sounds like a fuzzed-out mashup of the Misfits' "Hybrid Moments" and Grease's "We Go Together." All of this with the frantic urgency of a basement show pile-on. The album was produced by FIDLAR's (newly sober) Zac Carper, and it shows. It has that Southern California party vibe drenched through and through. Their sophomore release finds itself much tighter and singable than the unchanging springy surf-punk of their self-titled debut. A toy piano occasionally plinks along, or a ukulele strums to underscore a playful tone against the jumpy rock and roll of the band. The San Diego three-piece have a knack for simple, catchy melodies. The songwriting would be right at home amidst late 50s pop hits. They're able to blend cheesiness and fun in a believable way, like the Hives or the Black Lips did. The Frights are touring in support of the band SWMRS, who just released a pretty decent album as well. – Nick Warren