The Goddamn Gallows w/ DredNeks and Potwhole at Basement Transmissions

Three awesome bands plus one great venue equals a show that will surely blow your mind.

by Alex Bieler
View ProfileFacebookTwitterInstagramGoogle+RSS Feed
October 15, 2014 at 6:30 AM 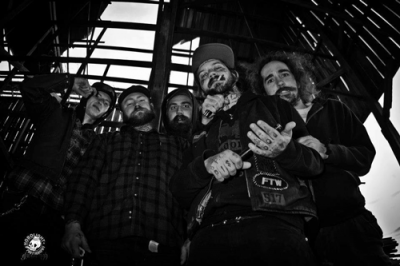 It's almost like the circus comes to The Flagship City when The Goddamn Gallows arrive in Erie. The major difference is that this aurally-pleasing freak show have swapped out the elephants and lion tamers with guitar, upright bass, and all sorts of furiously-played instruments.

Don't you worry though; you'll still get to see some fire breathers when The Gallows visit Basement Transmissions Saturday, Oct. 18 and put on an intense display of gutterbilly that will leave you giddy and leave your ears ringing for days. Since its debut a decade ago, the band has earned quite a few fans following their ferocious shows – including quite a few at the now-defunct crooked i here in Erie – and loving their blend of punk, metal, and bluegrass.

The Gallows will be joined at Basement Transmissions by gypsy 'tonk crew Potwhole and swamp metal band DredNeks, adding even more intrigue to the show. There may not be any lions on West 11th Street during this Oct. 18 sonic circus act, but the crowd should be doing enough roaring when The Gallows return to Erie.