The Japanese House // Good At Falling 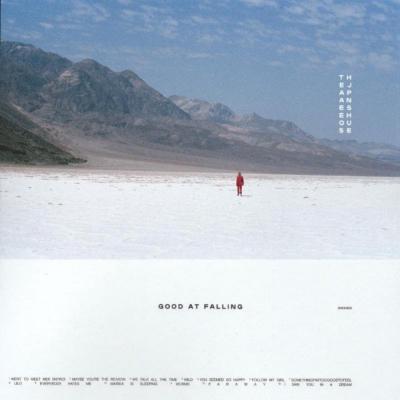 With a crystalline beauty, the debut album from The Japanese House is a futuristic dream. The work of 23-year-old Buckinghamshire artist Amber Bain, Good At Falling sells its strange concoction of gleeful ennui in an authentic package. Several of the album's tracks were co-produced by The 1975 drummer George Daniel, and that influence is readily apparent — Bain also toured with the band, opening up for them on two different tour runs. Having released four EPs from 2015 to 2017 prior to this album, Bain has established a clear voice for herself. Sure, that voice might sound like what Imogen Heap has been doing for decades, mixed with Kanye-era Bon Iver and the aforementioned 1975, but it's more of an assemblage than a ripoff. Though the album is a slow listen, it's positively warming like a wool blanket in a Scandinavian villa overlooking something like the album cover's visage. The midpoint finds two welcoming back-to-back tracks, with the uptempo "You Seemed so Happy" and the catchy chorus of "Follow My Girl, " while the album is full of synthy ruminations and entrancing soundscapes throughout. — Nick Warren