For some people, Kathleen Hanna can do no wrong.

by Nick Warren
View ProfileTwitterInstagramRSS Feed
July 20, 2016 at 9:00 AM 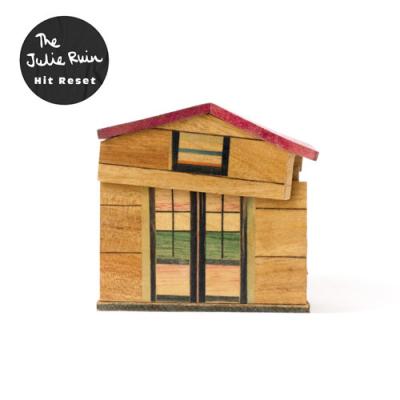 For some people, Kathleen Hanna can do no wrong. The Julie Ruin's second proper album, Hit Reset, proves them right. The former Bikini Kill and Le Tigre frontwoman once again finds a balance between punk rock chaos and electro dance anthems. It's fun and it's fury. Hanna's iconic synthesis of radical feminist genius paired with valley girl partier is honed as distinctively as ever. Joined by Bikini Kill bassist Kathi Wilcox, the band's song structures are poppier than 2013's Run Fast, which often echoed Le Tigres' repetitious electronic looping. The stream-of-consciousness songwriting style is less prevalent as well, aside from tracks like the frantic "Be Nice" and scathing spoken words of "Mr. So and So." Never has Hanna been more rock and roll than "Hello Trust No One," a song whose thundering chords harken back to the first time you ever heard "Deceptacon." Tones vary radically, venturing to the sentimental extremes of the album's closing track, "Calverton." There's a reason Hanna has such an adoring mythology surrounding her, and this album might help to show a new generation why. – Nick Warren